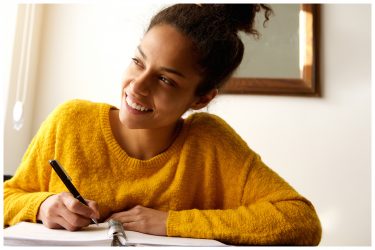 “People with clear, written goals accomplish far more in a shorter period of time than people without them could even imagine.” – Brian Tracy

Have you ever asked the question, “How did I get here?”

I was about to speak at a large conference, an A/V technician had just clipped a microphone on me and told me he’d be back to guide me to the stage in 20 minutes. While anxiously waiting to speak to 14,000 financial planners and insurance leaders, I paged through an agenda on the conference table.

The inside cover listed the speakers for the conference. A former president of the United States; a former mayor who lead the largest city in the US through the terrorist attacks of 2001; an author from the UK who just released his third internationally acclaimed book; and then there was a guy from the Midwest, who hadn’t yet written a book, had never spoken to a group even close to this size and was now more anxious than ever!

A partial answer would include lots of practice, prayer, networking, help from friends, resolute effort, a bit of luck and a story that tied closely to their theme. But perhaps more surprising, and relevant to you, my friend, was that five years earlier I wrote it down.

You see, on a park bench, with a coffee, a journal, and a vague vision of wanting to use my story to impact others, I reflected on where I was in my life – and where I wanted to be in five years as a speaker.

Believing that it was my calling to share this story to wake others up from accidental living, I started the list by writing how many people could be influenced by this message. Next, I wrote down a revenue goal which would allow me to speak fulltime. And last, after talking with a friend who had recently attended a life-changing conference, I wrote down my final professional goal, which was to be the platform presenter at that very event: the Northwestern Mutual Annual Conference.

Now, this isn’t as simple as shutting your eyes, wishing for something to happen, blowing out the candles on the cake and then magically the thing appears. But, magic or not, I’ve recognized that there are three beautiful consequences that come when you write down your goals:

1. Clarity. Without written goals, we are blown about by the breeze of our days, easily taken off course. Conversely, a goal allows us to articulate to ourselves and others where we are going, map out how to get there and boldly step toward it each day.

3. Drive. When we know the bigger purpose behind each of our efforts, it makes enduring the certain struggles, ups and downs a manageable part of the journey. The clear goal keeps our efforts and thoughts focused on the benefit of continuing the journey.

(I was reminded of the power of a written goal on Live Inspired Podcast episode #18 with special guest Jill Blashak Strahan. Jill, the founder of Tastefully Simple, shared the power of writing down a five-year goal when she launched her business. That written goal grew a dream and a start-up out of a shed into a $140,000,000 business with 15,000 consultants. Listen here.)

So, how do you get to where you want to go next?

Start by writing down where you even want to go next! Writing down your goal has the power to transform your vague wish into a compelling purpose. [Tweet this] | [Share on Facebook]

“People with clear, written goals accomplish far more in a shorter period of time than people without them could even imagine.”

This truth guided a self-conscious, unproven speaker to a massive stage and an awesome audience. It navigated a woman from a small Minnesota farm to leading a mighty nationwide business. And, today, it will ensure the best of your days remain in front of you. 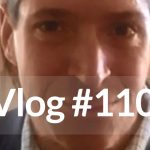 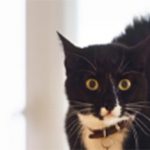