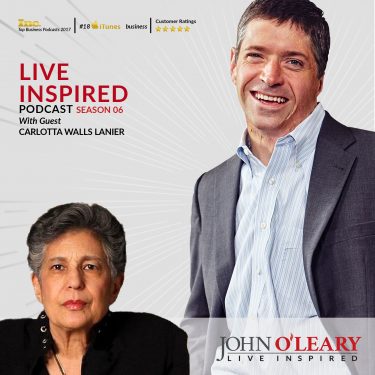 
“I wanted the same opportunities as the next person. I was no different, other than skin color”

In 1954, the Supreme Court decided with Brown vs. Board of Education that separate schools for black and white students were unconstitutional. In the spring of 1957, Little Rock, Arkansas was the epicenter of racial tension as Little Rock Central High School prepared for the integration of its first nine students of color.

Carlotta Walls LaNier was a member of the “Little Rock Nine.” In the decades since, Carlotta was awarded the Congressional Gold Medal, the highest honor a US citizen can receive, for championing freedom and persevering in the face of bigotry to earn equal rights for herself and others.

Join me and Carlotta to talk about her historic role in school integration and how she has been an inspirational leader for so many despite the challenges she faced.

1. What is the best book you’ve ever read? A Mighty Long Way &  Thurgood Marshall: American Revolutionary. The legendary lawyer and Supreme Court Justice left an indelible mark on her.

2. Tomorrow you discover your wealthy uncle shockingly dies at the age of 103; leaving you millions. What would you do with it? First, I’d make sure my family was taken care of and my grandchildren were set up for college. Then, I’d want to make sure the people of Puerto Rico have clean water and I’d give to NAACP Legal Defense Fund.

3. Your house is on fire, all living things and people are out. You have the opportunity to run in and grab one item. What would it be? My Congressional Gold Medal.

4. You are sitting on a bench overlooking a gorgeous beach. You have the opportunity to have a long conversation with anyone living or dead. Who would it be? Thurgood Marshall.

5. What is the best advice you’ve ever received? You got a lot of work to do ahead. Stay true to yourself. Stay in the moment.

6. Looking back, what advice would you give yourself at age 20? “Do unto others as you would have them do unto you.”

7. It’s been said that all great people can have their lives summed up in one sentence. How do you want yours to read? When I make a commitment, I see it on to its’ end.

At 13 years old, Rudy Perez's mom taught him the value of money and the fulfillment that comes from hard work. He dreamed of owning a Fender Stratocaster, and his mom saw an opportunity to teach.

“Dad, it doesn’t matter where we go. It matters who we’re with.”

This was a quote from my little buddy Grace a couple weeks ago when we were chatting about a possible family trip this summer.

Well, my friends, I want to go with you!

Below is a link to join me as an ambassador in launching the book In Awe this May. I want to send you an advance copy, want to have conversations with you about the book in a Facebook private group, want you to get an inside look into launching a book, and want you go with me as we teach others to unleash inspiration, meaning and joy!

Apply to be an In Awe Ambassador below.
www.surveymonkey.com/r/JJQT8W6

While it may not matter where we go. It certainly matters who we’re with. Want you along for the journey!

And let’s live In Awe and go places together! J ... See MoreSee Less

Rudy Perez has earned international success in the music industry by shining the spotlight on others. He's produced chart-topping hits for superstars like Beyoncé, Christina Aguilera and Julio Iglesias, has earned five Grammy Awards and was named Billboard Magazine's Producer of the Decade in 2010.

Like many paths to success, Rudy's wasn't smooth. Today, he candidly shares about fleeing Cuba under Fidel Castro's reign, surviving a street gang and learning to embrace his talents.

Our conversation will remind you that with hard work, dedication and faith, anything is possible.

Listen at the links below, or wherever you enjoy podcasts:
Apple Podcasts – apple.co/37byoza
Spotify – spoti.fi/2tr7TXU
My website - johnolearyinspires.com/2020/01/rudy-perez-220/ ... See MoreSee Less

A year ago this week a U.S. Navy SEAL named Scott Wirtz lost his life in Syria. I lost a friend, a former high school classmate, a guy as full of life as anyone I’d ever met. And the world lost a selfless, fun-loving, passionate hero.

Upon learning of his death last year I wrote about his impact on me in high school and a chance encounter more than two decades later.

The post received more comments, likes and shares than any other moment, any other story, any other inspiring message I’ve posted. Ever.

Why? What does that say?

While none of us ever want to write a post about losing someone they look up to and respect, it shows me that our community is filled with big-hearted, empathetic individuals who understand the amazing freedoms we enjoy and the remarkable opportunities we savor… freedoms derived from generations of selfless men and women willing to lay down their lives for ours.

It reminds me that as divisive as the political tones may be and as self-centered as so many of us can be, we are drawn to those whose lives show a very different approach to not only what matters, but to who matters. Scott didn’t talk about making a difference or being great, he just acted on opportunities to be a difference for others.

It speaks volumes that the most engaging post within this community is focused not on me, or some accomplishment, or some amazing Live Inspired podcast guest, but on a man who spent a lifetime quietly serving, never looking for adulation and never doing the work for the applause or the money or the fame or the ease.

Scott Wirtz was - and remains - a national hero.

He was the kind of servant willing to lay down his life for those he loved. And because Scott’s heart was so big, that meant he was willing to lay it down for friends like me from his high school class, the family who raised him and loved him, the brothers and sisters he served with, and ultimately, even strangers halfway around the world.

This week and beyond, join me in celebrating the life of this hero by living into his mission. Embrace the unique talents and gifts we all possess, use them for a cause greater than ourselves, stop making excuses and start living fully the life we have.

If you’d like to read the story of Scott serving as a protector even in our high school days, it’s on Facebook here: bit.ly/2NskuRx ... See MoreSee Less

Join me (on Facebook) as an IN AWE Ambassador!

Hear me out in this video, then consider applying at this link:
www.surveymonkey.com/r/JJQT8W6

These ambassadors will surely have a profound impact on the book's success and I hope you'll join me on this adventure!

Can't wait to love on this group: Weekly video chats, an advanced copy of the book, 3 months of IN STUDIO membership and some surprises along the way.
J ... See MoreSee Less 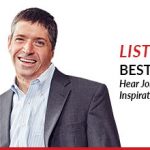 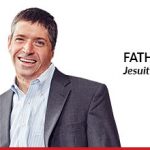