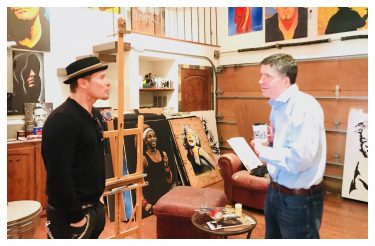 Live Inspired Together is a community of friends changing the world together, starting with their own. In a world that often focuses on negativity, John O’Leary - Live Inspired shares the other side of the story through his member-supported channels (essays, Live Inspired Podcast, coaching texts, video, webcasts, social platforms) to connect our community and share inspiration and actions to live it. Support now.