A Lesson from Kevin Bacon 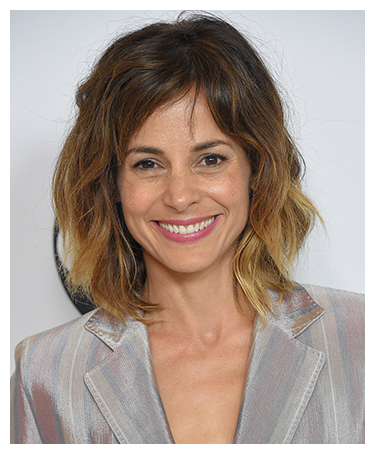 Even Movie Stars Get Nervous When It Matters

“The butterflies are always there before we do anything of importance. Our job is to get them to fly in formation.” -Captain Charlie Plumb [Tweet this.] | [Share on Facebook.]

It’s almost impossible to make it as an actor in the highly competitive movie industry.

The most well-connected actors, from the finest schools, with incredible drive and abilities repeatedly find themselves on the outskirts, incapable of getting the break, unable to achieve the dream. This is what makes the success of Stephanie Szostak – and her unlikely conversation with Kevin Bacon – even more remarkable. Let me explain.

Stephanie was raised in the suburbs of Paris, France. She first came to the United States at 19 when she studied marketing at The College of William & Mary. While there she fell in love, graduated, moved to New York, and started her life. She worked in marketing at Chanel, got married, had children and led a normal life. Then, at age 28, with absolutely no experience, no training and no track record, she decided to become an actor.

Although well-intentioned friends told her she was crazy and would never succeed, with her husband’s encouragement, her belief in herself, and some neighborhood acting classes, Stephanie started the journey. She took some short roles, got on a few sets, learned the craft, built a bit of a resume, and caught a huge break when she was called back to be in a major movie titled, The Devil Wears Prada.

The unassuming, but talented actress then received significant roles in both Dinner for Schmucks and Iron Man 3, before landing the leading lady role in R.I.P.D. The filming took place in Boston and during her first day on set Stephanie looked around the room in absolute awe of the other actors. Finding herself on the same set as Ryan Reynolds, Jeff Bridges (The Dude, himself), and Kevin Bacon, her anxiety was high as she wondered if she truly belonged.

On that first morning, Kevin and Stephanie had a few minutes before shooting to get to know one another. They talked about the movie, about other movies they had participated in (Kevin had a bit more to discuss!), and about their families. Eventually, though, Kevin wiped his eyes, apologized and explained he was simply exhausted because he hadn’t slept at all the previous night. When Stephanie asked why, he replied that he never sleeps before the first day of shooting; just too much anxiety.

Stephanie, shocked, yelled back, “What? You get nervous? I figured I was the only one!”

Kevin shared that anxiety simply meant he cared. He felt intense anxiety in his first major role (Animal House), has experienced it in every role over the four decades since, and felt that when he doesn’t feel it anymore he’ll know he’s not taking it serious enough and it’s time to quit.

(I had the pleasure of interviewing the talented Stephanie Szostak on my most recent Live Inspired Podcast. She shares the “one degree of Kevin Bacon” story, but also discusses growing up in Paris, losing her older brother when he was in his 20s, following her heart, her new show A Million Little Things and how she works at enjoying the journey. It’s a terrific conversation. Check it out here.)

Those Nervous Butterflies Mean You Care

My friends, I think we all experience anxiety as we prepare for the big meeting, the first date, an important sales call, a new opportunity.

But the important lesson to learn from this dialogue between two Hollywood actors (hey, they really are like us!) is that we shouldn’t stop nervously anticipating as we get older and more seasoned. Instead, we should hope for butterflies before the second meeting, the second date, the next sales call and opportunity. And the third.

Because those nerves are a reminder that you care. And butterflies should always be present when we do anything of importance.

Our job isn’t to wish them away, but to get them to fly in formation.

As you enter into your week, welcome the butterflies. Act and anticipate and plan as if the work you do, the relationships you touch and the life you live actually matters. Because it all does.

And what better place to begin this practice then the most important roles you play: the ones at home.

Live Inspired Together is a community of friends changing the world together, starting with their own. In a world that often focuses on negativity, John O’Leary - Live Inspired shares the other side of the story through his member-supported channels (essays, Live Inspired Podcast, coaching texts, video, webcasts, social platforms) to connect our community and share inspiration and actions to live it. Support now.

My Greatest Life Lesson to Date

How to choose love over fear, an excerpt from John O'Leary's #1 National Bestselling book ON FIRE My greatest life…