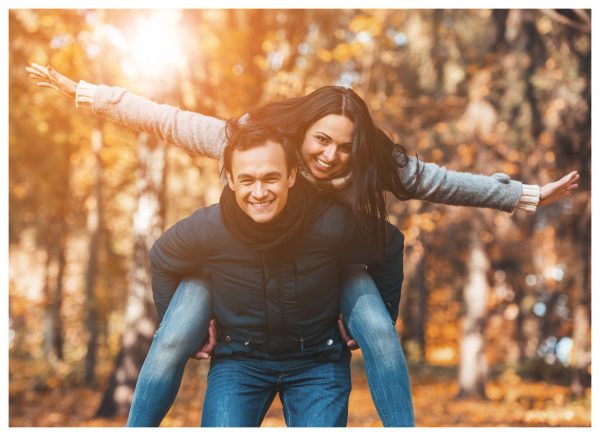 It was so high, received so much media attention, and garnered so much word-of-mouth buzz that many individuals who never play the lottery actually purchased tickets. The lure of being a billionaire and all the travel, homes, cars, meals, pleasure, impact, joy that came with it was simply too much to resist.

And yet, study after study reports that the long-term buzz and gratification from instant wealth seldom endures. Perhaps even more surprising, it often brings more agony and unhappiness into the lives of the winners than before they had won. My favorite research around this comes from a 1978 study. Let me tell you about it.

Undoubtedly, upon winning the lottery the lives of individuals change in profound ways. Wondering to what degree, a group of researchers from University of Massachusetts and Northwestern University interviewed three different groups about the level of happiness in their lives: recent lottery jackpot winners; a control group of less fortunate, non-winners (in other words, you and me!); and finally, recent victims of catastrophic accidents who were now either paraplegic or quadriplegic.

The basis of the comparison doesn’t seem reasonably fair. And yet the findings were stunning.

While the lottery winners reported the most happiness in the present, it was not overwhelmingly greater than the control group, and was just slightly higher than those who had endured a past catastrophic event.

And after that, the lottery winners’ luck begins to run out.

Asked how they viewed their upbringing, their past circumstances, and their memories, the clear winners on the happiness scale were actually those who had endured a tragedy. In fact, these individuals largely viewed their accidents as pouring the foundation toward something bigger, better tomorrow.

Finally, and perhaps most important, when asked about the happiness discovered in the mundane, in other words, the small, but enjoyable things like eating, laughing at a joke, being in nature or visiting with friends, the least happy group were- check your numbers- the lottery winners.

Overall, the study found that winning the lottery didn’t increase happiness as much as researchers thought it would, and a catastrophic event didn’t make people as unhappy either.

It turns out that humans have a tendency of getting used to the things that once made them happy. This bend of taking things for granted is called the hedonic treadmill. In short, the baseline of what brought happiness yesterday requires more to bring the same level of happiness today. In fact, the authors of this 1978 study explain the hedonic treadmill in this way:

Eventually, the thrill of winning the lottery will itself wear off. If all things are judged by the extent to which they depart from a baseline of past experience, gradually even the most positive events will cease to have impact as they themselves are absorbed into the new baseline against which further events are judged. Thus, as lottery winners become accustomed to the additional pleasures made possible by their new wealth, these pleasures should be experienced as less intense and should no longer contribute very much to their general level of happiness.

And you don’t need to be a lottery winner to be at risk of being on this treadmill.

(I was reminded of this fascinating study during a conversation with my new friend, Klyn Elbsury. Klyn enjoys a remarkable life. She is a successful speaker, lives in beautiful San Diego, has a boyfriend who’s wild about her, and she’s accomplished more in 30 years than most of us will in a lifetime. She also has cystic fibrosis, her organ function is failing, and she is dying. But instead of focusing on simply how to survive, she spends her days teaching others how to truly thrive. Check out the full conversation here.)

What This 1978 Study on Happiness Means in Our Lives

So, what does some study about lottery winners and accident survivors mean for you?

My friends, the very thing we believe will finally bring peace, satisfaction and happiness into our lives seldom does. Money is great but fleeting, and it doesn’t ultimately satisfy. Rather than bringing happiness into your life, it actually just makes you more of who you already were.

On the flip side, tragic life events are unwanted, unexpected and can be unbearably difficult to endure. But even tragedy doesn’t have to derail us. While it may make present days more difficult, it also reawakens within us what actually matters most.

The luckiest, most blessed, most joy-filled among us aren’t the ones smiling because they won the state lottery. No, the real winners are those of us who are aware of the miracle within the mundane, rejoice in the gift within their life, and know that the little details of life are vital and lead to the big things happening.

We ultimately “win the lottery” not by picking a series of random numbers, but by taking inventory of all we have, celebrating all we’ve been given, and believing the best is truly yet to come.

There is nothing wrong with you.👊💜

Listen to Evy share a harrowing story of accepting her seemingly inevitable death trying to save others at the World Trade Center on Sept. 11, and much more on Live inspired Podcast ep. 228. ... See MoreSee Less

Evy Poumpouras was working at an insurance company in what she describes as "Just as job."

A seemingly minor encounter with a NYPD officer on the subway sparked an incredible determination to serve others and Evy eventually landed as a United States Secret Service Special Agent. She's worked protective detail for four U.S. Presidents and is trained by the U.S. Department of Defense (DoD) in lie detection, human behavior and cognitive influence.

Today on ep. 228 of the Live Inspired Podcast, Evy shares her resilient, courageous journey - including nearly dying on 9/11, the power of listening and what it means to truly live fearlessly. 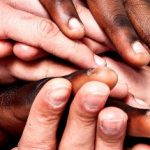 We Have Nothing in CommonBlog, Monday Morning 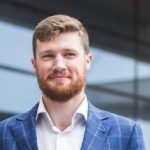 Are You Leaning Your Ladder Against the Right Wall?Blog, Monday Morning