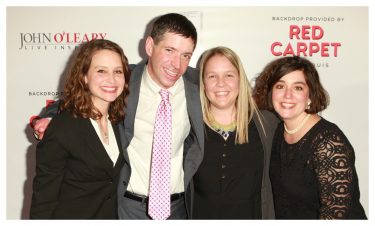 The Live Inspired Team (Abby, John, Sandy and Deanna) at the ON FIRE book launch party (2016)

A Message of Gratitude for My Friend Deanna Rocco Lester

Overhearing her mother’s phone call, the little girl knew that whatever happened was bad.

Once off the phone, her mother explained that a little boy from school, a year younger, was burned earlier in the day. The boy was in the hospital and he was probably not going to make it.

Although she barely knew the boy, her 10-year-old heart ached for him. The little girl sobbed as she walked away from her mother, down the hallway and into her room.

With great sadness, she began thinking of something she could do for him.

Looking out the window at the fresh snow, she knew that although she may not be able to help the little boy directly, maybe she could sacrifice a little offering as a prayer for his recovery.

She got up and left her room. She grabbed her coat, her gloves and her hat from the hall closet. She put on a pair of snow boots, zipped up her jacket, grabbed a snow shovel from the garage and walked outside into the bitter cold.

Staring out toward the distant street, everything was blanketed with more than six inches of snow. She inhaled deeply, exhaled, and said a little prayer. She then bent down, dug her shovel into the snow, lifted with all her might, and heaved the snow off the driveway. While doing so, she whispered, ‘For John O’Leary.’

Inch by inch, scoop by scoop, she continued this pattern down the long driveway. Although it was dark and cold, she wanted to provide an offering, a sacrifice, to a schoolmate she might not ever see again.

Finally to the street, she dug her shovel back into the snow one more time, scooped again, wearily flung the snow to her side and whispered, “For John O’Leary.”

On an extremely cold night, while a little boy fought for his life at a local burn center, a 10-year-old girl named Deanna Rocco removed the snow from her parents’ walkway and driveway as a living sacrifice, as a prayer. She hoped that against overwhelming odds this boy she went to school with might somehow make it through the night.

As she heaved the last bit of snow off her driveway, Deanna looked back at her work, exhausted. The snow was piled up on both sides, the dark driveway was exposed, her work was finished.

Yet, rather than trudge inside to warm up and rest, this little girl marched to her neighbor’s driveway.

As it grew darker and colder, Deanna dug her shovel back into the snow, wearily lifting it up and forcing it off the driveway, while whispering these words: “For John O’Leary”

On January 17, 1987, as the temperatures dropped, ten-year-old Deanna shoveled not only her parents’ driveway, but a neighbor’s, too.

While numerous offerings like this were made by many on the night I was burned (and during the five months I spent in the hospital), this one is a bit more special. You see, eventually the little girl who shoveled, hoped and prayed that her schoolmate might make it through the night, would become his very first employee – almost two decades later.

Before anyone in the world had heard me speak, read my book, followed my blog, listened to my podcast, or believed it was possible, I sat at a coffee shop table across from a woman I hadn’t seen since grade school. I told Deanna about the big vision of sharing my story, but also a few concerns, including: we had no office, no phone line, no income, no bookings, no network, no experience, no clear path…and…oh yeah …no certainty this would work!

In response, she shared a quote from Abraham Lincoln: “Let us determine the thing can and should be done. Together, we shall find the way.”

In the 12 years since that coffee meeting, through a little faith, a few missteps, a lot of grit, a few tears, a lot of laughs and a ton of hard work, I’ve spoken at more than 2,000 live events; in front of more than a million people; launched a #1 National Bestselling book; created a top 20 business iTunes podcast; and encouraged tens of millions through social media to live inspired. We certainly found a way!

And now, the little girl who shoveled snow – the woman who became an incredible partner – now begins a new journey.

Deanna and her husband Keith have opened a business called The Candle Fusion Studio.

It’s an awesome experience of hands-on creativity and adventure. The studio celebrates the art of candle making and inspires guests to create their signature scent. You can choose from 100+ different fragrances and blend your favorites at the candle “bar” to create candles and other home products. If you go there, you’ll find an incredible team of people there to serve you. And that team is about to include one more remarkable person: Deanna.

So, it is with a bit of unapologetic sadness, but mostly immense gratitude for her years of belief, service, energy, prayers, and passion, that I raise my glass in gratitude, respect and love to a dear friend and a wonderful coworker, whispering the words, “For Deanna Rocco Lester: together, we found a way.”

Deanna, as incredible as our journey was together, I am absolutely certain the best of your story is yet to come. 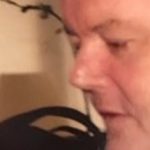 Is This Heaven?Blog, Monday Morning 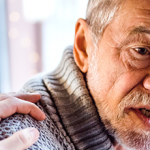