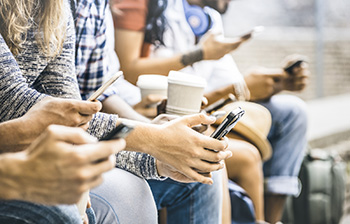 John O’Leary shares one question that could be your first step to recovery and overcoming addiction.

Is it possible to make massive change in your life?

How do you take the first step in a new, life-giving direction when you are buried by debt, addiction, iciness in marriage, stress in a job or “to-dos” on your calendar?

The answer could be answering one, simple question, asked by one extraordinary person.

This question has already changed the lives of thousands. And I believe the question – and your honest answer to it – might change yours, too. Let me explain.

This question could help you overcome your addiction.

Although athletic, charismatic and bright, Tom Hoar never felt he was enough.

He grew up in Boston, fourth of five kids, active in faith, excelling in school, and popular with classmates. He considered helping others as a physician, before pivoting to join the seminary.

Even after being ordained, he felt he wasn’t enough. Tom received two more doctorates, then multiple master’s degrees. He grew through the ranks of academia, was promoted to positions of authority, surrounded by community, challenged professionally and esteemed by peers.

And yet felt totally hollow.

The night he started his journey to addiction recovery.

Like many who exist in fear, he tried to fill the gaping hole by busily performing during the day and self-medicating at night.
One evening, as the chaplain of the fire department, he received a call that a fire broke out a mile away and he was needed. Even though he’d been drinking by himself, Tom responded. While there, two peers asked if he’d been drinking. He denied it, but felt things were beginning to unwind.

Tom drove home. Realizing the hole of “not being enough” could never before filled by alcohol, he stared at himself in the mirror, and asked, “What the *#@&! are you doing?”

That night he had his last drink.

He had finally had enough.Tom has been striving to help other addicts take their last drink ever sense.

He is president of the St. Edmund’s Retreat, chaplain of the US Naval Submarine Base and established the St. Maximillian Kolbe Recovery Residence, which is open to people of all faiths and every walk of life. When retreatants arrive, he asks them a a question to help them determine if it is the time for them to move into a new, life-giving direction:

Have you had enough? How to make things better.

Have you had enough? If the answer is no, Tom lovingly encourages them to come back at a later time. For those that feel they have had enough though, he begins walking with them down the path of recovery.

[Addiction is a disease that impacts us physically, relationally, emotionally + spiritually. Fr. Tom has led 70% of people who arrive on Enders Island to sobriety by focusing on healing the wholeperson. Hear how this is possible + what it means for you on Live Inspired PodcastEp. 134.]

My friends, what’s your addiction? Like Tom, is it drinking?

Or perhaps cigarettes, drugs or food? Technology, material overconsumption or chronic self-pity? Craving praise, comparing yourself to others, or refusing to make changes that would elevate your relationships, health, or life?

We all go through seasons where we feel we are not enough. Today, though, we are reminded that each day we get to accept conditions as they exist, or finally accept responsibility for changing them and making them better. [Tweet this.] | [Share on Facebook.]

A lonely, empty alcoholic stared brokenly at his own reflection three decades ago, wondered what the heck he was doing with his life, and decided he’d had enough.

It’s a question we all have the power to ask and answer.

And in responding that we have: We are finally liberated to take a step along the difficult and life-changing path toward not only living a bigger, better, fuller life, but also positively impacting the lives of those we encounter along the journey. 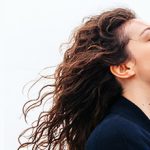 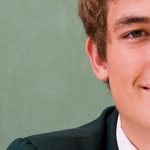