Have You Said It? 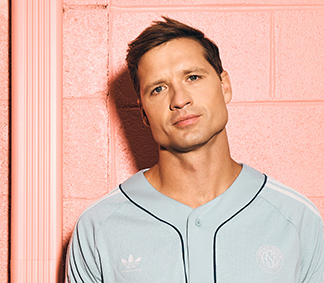 John shares the amazing, inspired story behind Walker Haye’s hit song “Craig” – which has John asking the question: Have you said it?

How do you thank someone who made a profound difference in your life?

We’ve all been elevated through the manner in which she raised us, the encouragement he gave us, the example they provided us. But how do you acknowledgethat impact?

Whether a teacher, parent, family member or friend, how do you thank those who changed your life? Well, Walker Hayes, one of Country Music’s biggest stars today, has an answer.

Currently, while filling arenas around the country on his Dream On tour, he’s rocking out while crowds sing along to hits like 90’s Countryand You Broke up with me. Walker’s hits are played on the radio; he has a huge following; and he has performed live in front of the industry’s most influential at the CMT Awards.

He’s on top of his game.

He’s on top of the world.

And just a couple years ago, he was at the very bottom of it.

Walker had just lost a record deal. Again. He had four children. And his wife, Laney, was expecting their fifth. He was trying to restart a music career, searching for steady work and stocking shelves at Cosco. He was depressed, drinking too much, and going nowhere.

Laney insisted even during the darkest times that they stay together, remain focused on the things they could control, and live in gratitude for the gifts they had. She also insisted they attend church.

Although Walker had no interest in giving thanks for a life that felt like it was falling apart, he went. While there, he played the part of the “disengaged guy” and wore signs of a guy beat down from the night before like armor.

As Walker’s struggles intensified, Craig quietly helped. Expecting nothing in return, Craig quietly did things to support the Hayes family. Like the time Craig noticed Walker’s family car was broken down and didn’t have enough seatbelts for his kids – he surprised Walker by gifting him a minivan. Craig handed the keys to Walker, and refused his attempts to turn down his generousity. [Tweet this.] | [Share on Facebook.]

The greatest gift Walker Hayes received from his friend Craig.

Perhaps the greatest gift Craig imparted with Walker during this time was the gift of belief.When no one was left, when the studios ignored his calls and his friends stopped calling him back, Craig continued to encourage Walker.

And that encouragement made a difference as Walker continued to rebuild and eventually, one of his songs got some air time. And then a little more. And then it went viral. And then “overnight” (after more than a decade of struggling), Walker Hayes blew up.

Walker credits his wife, his family, his faith, and never giving up. He also credits some guy he met in some church where he didn’t want to be and didn’t feel he belonged named Craig.

So how did Walker Hayes say thanks to Craig?

So how did Walker say thank Craig?

He wrote a song.

(I learned this story while interviewing Walker Hayes on my Live Inspired Podcast. When Craig heard the song he wept. Well, when I listened the first time, I cried, too. It’s a beautiful song, about  an incredible guy, written by a remarkable man. Whether you are on top of the world or feeling beat down and at the bottom of it, make time now to listen to this amazing conversation. Through ups and downs, addictions and recovery, doubt and faith, death and life, Walker will encourage you see that your best days remain in front of you. Listen here.)

The song was shared with Craig.

Then Craig shared it with his wife. Then their family. And now it’s been shared with millions of others.

My friends, how do you say thank you to the Craig’s in your life?

Silent gratitude isn’t much use to anyone.

Considering using this note, this story, this moment as an excuse to reach out to the ‘Craig’ in your life. No, he may not have provided you a used minivan, but through the manner in which he raised you, the encouragement she gave you, the example they provided you.

So write a song, compose a poem, pick up the phone, set up a date, and share your gratitude with someone who will be extremely grateful when you do.

Morning John
Been thinking St Louis all last week with the flood warnings…especially for my daughter Janelle near Valley Park.
And in keeping with today’s message: Thank you for last Monday’s piece on Judith Viorst and Alexander’s Horrible Terrible No Good Day. I had used the book last year in my behavioral health spirituality group at Wellspan Ephrata Community Hospital (yes, back doing part-time chaplaincy in addition to full-time congregational ministry), and the insights from Judith and you in the article last week moved the discussion among the patients/clients up a big notch! Thank you for keeping me inspired and thinking creatively to share you with others. (I should mention that I used your/our story of the “Red Sweater” in ON FIRE last year as well in the spirituality group).