Showcasing the Power of YOU

“Let us remember: One book, one pen, one child, and one teacher, can change the world.” – Malala Yousafzai

Last Tuesday I had the amazing opportunity to spend a full day with my new friends at Gannon University in Erie, PA… and what a full day it was!

It started with a breakfast with the president, faculty and key staff, followed by eight different speaking events ranging in size from seven student government leaders at a lunch to 1,100 freshmen at a historic downtown theater that evening.

In one of the sessions a student called out the litany of problems facing our world. She pointed to racism, poverty, sexism, increasing debt, slowing economy, environmental concerns and increasing political tensions as just a few of the challenges. After a long pause she asked, “So, how do we begin to change the world while it is so broken?”

My friends, one of the best ways to answer questions is to ask them. So I began by asking her if she knew how I ended up a Gannon that day – She did not.

I shared that our meeting was the product of a remarkably strong ripple effect: One faculty member at Gannon University heard me speak two years earlier and got a copy of my book, On Fire. She read it, was moved by it and shared it with one additional friend. The two of them were moved enough that they gave a copy to three of their friends.

One of them was so moved she ordered 20 signed copies for additional friends. Those copies began circulating around campus and even became part of Gannon’s student leadership training, then a student government read. Copies were eventually provided to Physician Assistant, Occupational Therapy and Physical Therapy students.

I continued, “So two years after one copy was read on campus by one wonderful lady (looking at you, Angela Coustillac), a decision was made to order the book for every incoming freshman. And part of that experience is that the author of that book gets to hang out with you today. Are you following?”

The student looked at me as if I was possibly dodging the question.

I explained, “You asked how we change the world when the world in which we live is so broken? In the exact same way the world has always been radically transformed: one relationship, one decision, one prayer, one dream, one action, one step and most importantly, one life at a time.”

All movements for good, all cures for social wrongs, all leaps forward in technological progress, all pivots toward peace and unity with others, ultimately begins with one person deciding the way the world currently was didn’t have to determine the way the world could be.

My friends, no matter what challenges you face or what goals you want to pursue, this should be incredibly empowering. Contrary to headlines and Twitter feeds—it isn’t impossible. It doesn’t start somewhere else with someone else. Don’t wait for a better time. Put your ripple in motion.

The improvement we seek begins with the difficult task of looking at the mirror. It starts at home and it cascades one belief, one prayer, one word, one action at a time. [Tweet this]

And by embracing that, we unlock the freedom to change not only our world, but THE world.

This is your one day. Live Inspired.

P.S. – Always looking for ways to make the world better – including on an individual basis – I recently visited with Kelly Noonan Gores. She is an actress, author, and producer who discovered we have far more control over our well-being, health and life than we tend to believe. Check out this episode of the Live Inspired Podcast and you’ll choose love over fear plus hear Kelly’s concrete tips on how to make major strides in your personal wellness journey. Listen here

What are you doing 23 hours and 31 minutes from now?

My friends, tomorrow I'll be interviewing legendary radio host Diane Rehm. For more than 3 decades she interviewed presidents, authors, leaders and world-changers....tomorrow, the tables turn and we interview her.

We'll be broadcasting live on Facebook at 11central [please join us] ... and for those racing around tomorrow, we'll rebroadcast on our Live Inspired Podcast...

And, if you have any questions for one of the most successful interviewers ever, ask below and I'll pose it to Diane.

This is your day...Live Inspired. J ... See MoreSee Less

I’ve received so many texts, emails and calls about how my conversation with Laura McKowen has changed perceptions on addiction.

Thank you Laura for your courageous and life-giving voice. 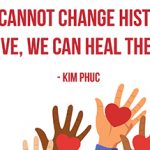 Which One Would You Choose?Blog, Monday Morning 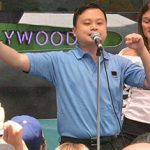 How Do You Handle Rejection?Blog, Monday Morning