They don’t get medals, don’t march in parades

“I don’t know what your destiny will be, but one thing I know: the only ones among you who will be really happy are those who have sought and found how to serve.”
― Albert Schweitzer

As we commemorate Veterans Day, let’s pause to give thanks to a seldom recognized group who demonstrate true sacrifice, genuine courage and selfless love.

For the United States military, the tip of the spear responsible for the ultimate success and safety of the entire armed forces is the Joint Special Operations Command.  The JSOC consists of the most elite Special Forces from every branch of the military. It is charged with carrying out the most dangerous, classified and sensitive missions.

Several years ago – at the JSOC compound – I had the immense honor of speaking to this group and afterwards was fortunate to meet many of these remarkable leaders.

I met with the analysts and contractors, security personnel and cooks, janitors and translators, chaplains and of course, the ‘Operators.’

The ‘Operators’ are the Special Forces team members so often glorified in books and movies. They heroically accept the most dangerous, classified and crucial work.

And yet, the most emotional conversations weren’t the ones with the folks with the highest security clearance or who had participated in the most extraordinary raids.

The sacrifice at home

No. The most emotional conversations were with the spouses of those currently serving.

These are the unnamed and rarely celebrated champions who don’t wear uniforms, don’t get medals and don’t march in parades.

These are the individuals who fall in love, marry their sweethearts, start families, and recognize the reality that they married someone who is frequently gone, always in danger and never able to discuss it.

These are the partners who pick the kids up from school, do the cooking, laundry, shopping, dinner, dishes, homework checks, bedtime routines, assuring little ones that mom or dad will return home soon… and then go to sleep by themselves questioning the assurance they just provided.

English writer and poet, G.K. Chesterton, wrote it best when he said, “Courage is almost a contradiction in terms. It means a strong desire to live taking the form of a readiness to die.”

A strong desire to live.

Taking the form of a readiness to die.

And that sums up the truth lived out by the JSOC. Perhaps no group embodies it more perfectly, though, than the remarkable spouses.

On this Veterans Day

[I recently spoke with Army Infantry veteran Jonathan Lopez on the Live Inspired Podcast, where he courageously opened his heart. In this powerful and important discussion, he talks of serving our country, overcoming addiction + unexpected circumstances and inspiring others to do the same. Listen to our conversation here.]

My friends, as you step into your week, let’s pause and remember why we celebrate Veterans Day. Let’s give thanks for all the veterans who have served and actively serve our country.

And let’s be mindful of the sacrifices being made, not just by our armed forces, but also by the unnamed army of spouses racing after children and leading households for months at a time while their partners serve our country. [Tweet this]

Late last week, my sister Amy mailed me a handwritten letter to acknowledge the 33rd anniversary of the day I was burned. She wrote about having gratitude I survived, gratitude for the life I enjoy today and gratitude for being part of it.

It made me think of various letters of gratitude I’ve received and the way it always makes me feel. I also reflected on stories from others who were impacted by sharing gratitude. One of the most memorable examples occurred after a speaking event several years ago.

At the end of a healthcare conference, a woman named Janet shared the pain of losing her fiancé just 13 months earlier in a tragic accident. She spoke not only of the pain of losing her best friend but of an overwhelming sense of gratitude for the love and kindness from others. Remarkable. She told me her faith had been revived, she’d rediscovered who she was and was striving to make a difference.

I asked Janet how she continues so optimistically after a massive loss.

Early in her grief she read about someone who wrote one thank you letter every day and the profoundly positive impact on the author’s life. For more than a year, Janet did that exact same thing.

“Every day I write a thank you letter to someone who has done something kind for me and positively touched my life. It could be a patient, a friend, the lady in the cafeteria, whoever. You see, it forces me to look for goodness each day in others; to celebrate it when I see it.”

Janet concluded by sharing that although her pain remains agonizingly real, in light of all the gifts she encounters each day, she feels extraordinarily blessed.

Can you imagine a better view of your own life than sincerely feeling extraordinarily blessed?

My friends, heartache, tragedies, setbacks and letdowns are experiences we all endure. Thankfully, true gratitude is not a byproduct of our circumstances.

Let’s look around at the world through a lens that demands to see beauty, peace and joy. I firmly believe that real happiness and joy are more frequently revealed than achieved.

And there is no better way to ensure it is revealed than to take inventory of all the gifts we already possess.

Today, choose to see your life and the world as the remarkable gift it is. Begin by thanking a loved one for being a big reason why you feel the way you do. ... See MoreSee Less 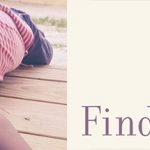