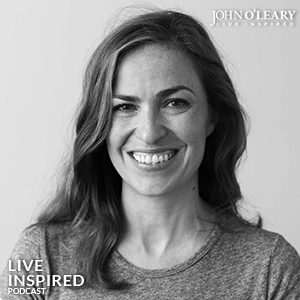 John O’Leary welcomes Lisa Brennan-Jobs to the Live Inspired Podcast to share about the complicated relationship with her iconic father Steve Jobs.

Steve Jobs is widely recognized as one of the most influential inventors of our time, pioneering the personal computer, the iPod and iPhone.

Today, Lisa courageously opens up about the complicated relationship with her iconic father, how taking a decade to write her memoir Small Fry was therapeutic and what she wishes her father would have told her before his death.

If you enjoyed today’s episode, listen to Live Inspired Podcast ep. 19 with William Paul Young. Paul shares he moved past his trauma and learned to embrace his faults. Listen to ep. 19 here.

1. What is the best book you’ve ever read? Housekeeping by Marilynne Robinson.

2. What is a characteristic or trait that you possessed as a child that you wish you still exhibited today? I was bossier then.

3. Your house is on fire, all living things and people are out. You have the opportunity to run in and grab one item. What would it be? One of my mother’s paintings.

4. You are sitting on a bench overlooking a gorgeous beach. You have the opportunity to have a long conversation with anyone living or dead. Who would it be? I’d have one more conversation with my father. Not because he was famous.

5. What is the best advice you’ve ever received? “Go all out,” from my therapist when I was younger.

6. What advice would you give your 20-year-old self? Keep on working in the direction of what you love. No shortcuts. Make lots of new friends. Date kind men.

7. It’s been said that all great people can have their lives summed up in one sentence. How do you want yours to read? She was big-hearted, powerful, a force! She contributed greatly to the lives of many many people, including huge numbers of children.

Although it’s impossible to underestimate how tragic this pandemic is, a little context in understanding our media is also important.

Harvard Business Review reported that more than 94% of stories shared by the media are negative – that’s a stunningly high 19 of every 20 stories. And that study was conducted before coronavirus was in almost everyone’s lexicon.

Because what we choose to focus on expands within our consciousness, it’s likely that reading all those negative articles, watching your cable news and becoming a stay-at-home, self-taught epidemiology expert will trigger growing depression for today and hopelessness for tomorrow.

My friends, the negative bias promoted by media and echoed in social media feeds is far from an accurate barometer of the world in which we reside.

There are few stories celebrating the global rise in recovered cases, the expanding capabilities around testing and treating, the dramatic increases in the production of masks and respirators, or the generosity of sovereign countries and less devastated states deploying their resources to hotbed areas.

They overlook the countless stories of first responders, health care professionals, custodians, grocery store workers, truck drivers and ordinary heroes showing up daily to keep our nations advancing forward. And there’s rarely a mention of the prodigious effort undertaken by our amazing teachers to radically reorganize lesson plans to guide their students (and their overwhelmed parents!) through the crisis.

We can choose to not only can flatten the curve but create a movement that reminds the world: In spite of today’s adversity, there are helpers showing up, there’s reason for hope and there remains certainty that the best is yet to come.

P.S. In the midst of a 24-hour negative news cycle, we want to counter with messages of individuals, families and entire communities choosing to Live Inspired Together. And I need your help!

Please send me examples of individuals in your community taking positive action to make things better. It could be your spouse cutting the grass for an elderly neighbor or your cousin beginning a food drive for those in need. It could be a story you read about a billionaire donating a 737 packed with supplies heading for NY or a video you watched of a child donating their allowance. Send your favorite stories over to info@johnolearyinspires.com! We’ll be showcasing some of them on a video very soon. ... See MoreSee Less

Fear is part of our human experience and necessary for our survival. Yet, if we dwell in a place of fear, we’ll never get anywhere. We must pivot into seeing the possibilities.

Hear much more from Cathy Heller, like how she’s trained herself to embrace the possibilities in any situation. 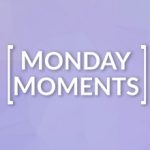 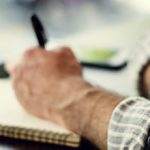