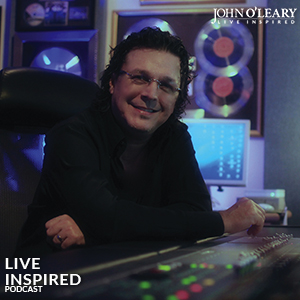 Rudy Pérez is the definition of a music legend and has earned international success by shining the spotlight on others. He’s written + produced hundreds of chart-topping songs for superstars like Beyoncé, Julio Iglesias and Christina Aguilera and has earned five Grammy Awards.

As the first Latin music artist to win Billboard Magazine’s Producer of the Decade, Rudy candidly shares about fleeing Cuba under Fidel Castro’s reign and surviving a street gang. He also shares how he learned to embrace his talents and behind-the-scenes stories of his unprecedented career.

Today’s conversation will remind you that with hard work, dedication and faith, anything is possible.

If you enjoyed hearing from a Grammy Award winner, you’ll love my conversation with gospel singer Erica Campbell. Erica shares her journey of finding her angelic voice, becoming a wife + mother and her faith in God. Listen to Erica on ep. 190.

1. What is the best book you’ve ever read? The Bible, specifically the book of Job.

2. What is a characteristic or trait that you possessed as a child that you wish you still exhibited today? My tenacity and curiosity. Curiosity is so important and I wish young musicians today would be more curious about the greats of the past.

3. Your house is on fire, all living things and people are out. You have the opportunity to run in and grab one item. What would it be? A guitar my wife bought me.

4. You are sitting on a bench overlooking a gorgeous beach. You have the opportunity to have a long conversation with anyone living or dead. Who would it be? Beethoven, Bach or one of those geniuses.

5. What is the best advice you’ve ever received? Happy wife, happy life!

6. What advice would you give your 20-year-old self? Love. Love everyone.

7. It’s been said that all great people can have their lives summed up in one sentence. How do you want yours to read? He was the guy that did everything and never said he did anything. 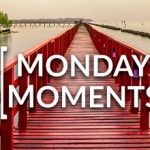 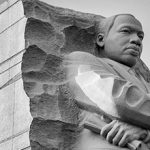