“Don’t you ever get the feeling that all your life is going by and you’re not taking advantage of it?”

All adjectives describing our lives and a reminder of how swiftly it can change.

We were reminded of both the absolute sanctity and agonizing fragility of life just last week when a helicopter carrying nine individuals crashed in Los Angeles. The losses include parents and children on their way to a basketball game. One of the passengers was a man in the prime of his life. By all accounts, he was a terrific father, an outstanding player, a widely respected coach and beloved by all who knew him.

His name was Coach John Altobelli.

I met Coach Altobelli just three weeks ago at a conference in Nashville.

It was a gathering of 7,500 coaches seeking to get better at coaching baseball and leading their players. After speaking, I did a book signing and met many of the attendees.

Although it is simply impossible to remember everyone I meet, Coach Altobelli made an unforgettable impression. While signing his book, I asked him questions about coaching, baseball and life. His responses to my questions were sweet and unassuming. His voice was tough but kind. As we spoke he radiated joy, exuded gratitude. I handed him the book, he hugged me, and moved onto the next meeting.

I may not have known who he was had it not been for the following coach, who told me I was just speaking with one of the finest human beings alive. “That’s Coach Alto,” he said. “He won state in California this year. Again. Many major league players and coaches credit their success to his mentoring. And he’s being recognized as the National Coach of the Year by the American Baseball Coaches Association. But he’d never tell you any of that. Because what makes him truly great is that Coach Alto’s too focused on others, too busy investing in his players and too engrossed in loving his family.”

It was that love of family that led him to board a helicopter with his wife Keri and daughter Alyssa. They joined Payton Chester, her mom Sarah Chester, Christine Mauser and Ara Zobayan as the lesser-known passengers of the tragedy that claimed the lives of NBA superstar Kobe Bryant and his daughter, Gianna.

Last week as I traveled from St. Louis to Dallas, Orlando and Tucson, everyone remained stunned and saddened by this tragic loss. Most weren’t even basketball fans, but they carried the pain of feeling as if they lost a friend, a role model, someone they felt they knew.

For many, the focused attention of Kobe Bryant’s death has amplified an unspoken and nagging truth: If a man with hundreds of millions of dollars, unmatched athleticism, global fame, a beautiful family and an illustrious NBA career is mortal, perhaps the rest of us are too.

The uncomfortable reality is that in the United States alone there are more than 300 traffic accident deaths each day. More than 30 of those are children.

We can choose to get on with our lives as if there is no urgency. We can choose to take this day for granted, endure the monotony within it, complain about our political system, grumble about work, nag about personal problems before going to bed exhausted… but ultimately unaffected.

Or we can embrace the piercing wake-up call concealed within this and every tragedy.

We can embrace how fragile life is, what a profound gift each day is, and how stunningly awesome it is to simply be alive. We can stop moping around, stop making excuses, stop waiting for circumstances to get better before we get better. We can start to live passionately in the moment courageously saying words like, “Thank you,” “I’m sorry” and “I love you.”

Since Kobe’s passing, the word “greatness” has been tethered as his defining characteristic.

The truly great among us think, participate, act, train and live radically different than the rest of us. They realize that this isn’t a practice run. They know this is their one opportunity. They understand this day matters and they act like it. [Click to tweet.]

My friends, please continue to pray for those left broken by the passing away of their amazing children, parents, coaches, players and friends in a Los Angeles helicopter accident. Be mindful and attentive to all who have lost loved ones and endured heartache.

And recognize that the finest way to memorialize them is in waking up to the truth that we aren’t promised tomorrow. So let’s begin passionately, lovingly living today. 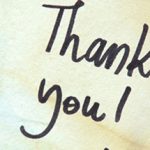