“Am I not destroying my enemies when I make friends of them?”
~ Abraham Lincoln 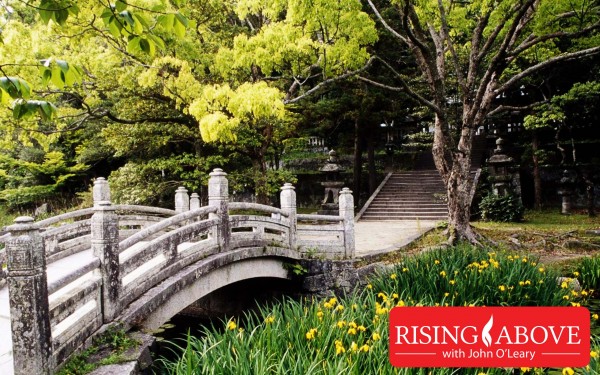 “He’s frequently a pain to be with and can be totally hard-headed, but his work is extraordinary and his heart is gold.”

Recently a business owner said this about her CFO. He just walked out of a meeting with us. He was frazzled by some challenges the business faced and some ideas the team was putting forward. What amazed me wasn’t that he left overwhelmed, but that his boss smiled while talking about someone she hand-selected who was argumentative and pushed back frequently.

It made me think of challenging people I know – and the wisdom on how best to build bridges with them from one of the greatest historical examples of leadership.

Abraham Lincoln and Edwin Stanton clashed politically, in demeanors and in perspectives. Their massive differences often left them at great odds. In fact, Stanton repeatedly referred to Lincoln as “the original gorilla.” Stunningly, when Lincoln needed a War Secretary – the most important position during the Civil War – he appointed Stanton.

I’m sure you are thinking why would Lincoln do this, right?

You see, Lincoln was a leader who recognized, despite their very real differences, that Stanton was the right person for the appointment of War Secretary. He recognized that, despite Stanton’s ego and propensity to disagree with Lincoln, it was first and foremost his job to keep the best interest of our country in focus.

Many were shocked at this appointment, but historians note that the pair complemented each other in their partnership: they were able to unite their differences into a greater good together than they could amass apart.

My friends, what might our world look like if we were all a bit more like Lincoln? What if we worked tirelessly to unite with our colleagues at work, fellow parents at the school, those people in the community and even members in our own family? What if instead of building up fences of animosity, bitterness, and annoyance we chose to build bridges on the foundation of understanding, patience, and mutual gain?

So, can people really build these bridges? Can we really unite countries, companies, communities and families? The final chapter of Lincoln provides that answer.

After freeing the slaves, keeping a fragile Union from falling apart, and securing the coming reunification of the United States, he was assassinated. Thousands mourned in the rotunda where Lincoln’s body was laid out. Nearest the casket, and weeping bitterly, was the War Secretary. It has been reported that, through tears, he said, “Now he belongs to the ages. Here lies the most perfect ruler of men the world has ever seen.”

Building a bridge of love kept two very different personalities together. They fought for a cause greater than themselves. They discovered in their battles together that, not only was the country unifying, but so were they.

Choose today to create one of the most significant bridges you’ll ever build: to destroy your enemies by making them your friends. It changes countries, businesses, communities and families. And my friends, it’s certain to change you.

Do you have an example of a time you were able to successfully destroy an enemy by making him a friend? Don’t be shy, we want to hear! Share your story in the comments below.

0 replies on “The Bridge Builder”

Tad, thanks for your note!Glad you liked it! Share it forward to your friends too and have a great day!

Chris Keller shared the Lincoln article with me—- loved it.
Thanks, John.
Tad Edwards