“Try to live your life so that you’ll have no regrets. No matter how hard, no matter how sad, if something is precious to you, protect it with both arms.” – Unknown 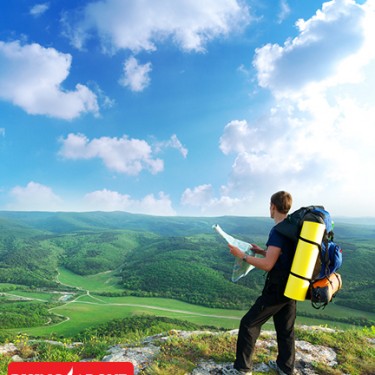 As leaders, we are challenged each day to say “yes” to ever-increasing responsibilities.

My friend, in order to be most impactful, effective and influential as leaders: we must not only master the word “yes,” but also the word “no.” Let me share my favorite example.

Born into a life of privilege, William Borden was destined to take over and lead the family empire of businesses.

He graduated from Yale in 1907, but rather than follow the path so clearly orchestrated for him by others, he chose to travel the world as a simple missionary serving the poor.

While working in Egypt, he contracted spinal meningitis. Three weeks later he was dead. William was 25.

His belongings were sent to his parents, including the bible he received after graduating from high school. There were three simple, profound notes in the bible that had guided his life. The first was:

It was William’s reminder to give of himself completely each day. He made this note as he ended one chapter of his life (high school) and began the next (university).

After committing to a path that would lead him away from the family business and toward the poor of the world, this was William’s mantra. It guided him from a life of luxury toward serving those with the greatest needs.

The final note was dated a few days before his death. Knowing the end was near, he wrote:

There was no turning back on the journey. He knew that he had found his purpose in life and pursued it fully. He remained clear on what was worthy of living for, fighting for and dying for.

My friend, each day we have the opportunity to build the kind of business we want, relationships we enjoy and life we desire.

But before we can do this, we must first be clear on what matters most to us, protect it with both arms and raise our voice with a profoundly simple life mantra:

No Reserves. No Retreats. No Regrets.

When you are clear on what matters most to you, what your roadblocks are and have a road map boldly guiding you toward your goals: that is when you will build the business, relationships and life that you want.

My Ignite Life Today program was created to help you do just that. Ignite your Life Today.

Here’s an awesome blog by Seth Godin on the same topic: No is essential.

Perfect timing! God always knows who and what we need right when we need them/it. At another crossroads this morning. Received an opportunity to pursue what I desire which will allow me to fulfill the longing within my soul to minister to God’s daughters. Do I follow the money trail which is working the family business or do I pursue what my soul (where God is) longs to do? As much as we all need money to live in this world, obeying God means more to me. I cannot serve two masters and need to say no to one.

Good morning, Sister Monica! I’m glad my thoughts could meet you where you are this morning. Best of luck as you discern which direction to take on your crossroad and remember (stealing this from my Facebook post yesterday! Join me if you haven’t already: wwww.facebook.com/speakerjohnoleary)

When we are clear on what our priorities are in life: it becomes clear when to say “yes” and when to say “no” and THAT is a liberating thing. It frees you to say YES to doing what you really believe in. Getting clear on what is important to you so you can say YES today to pouring into your family, your faith, your health, your community…make each day the day you were meant to live…not just the one you said “yes” to living.

Monica, thank you for sharing and for ALL that you do. J

GREAT words! Just like Jennifer, I need this right now! I’ve printed “No Reserves. No Retreats. No Regrets.” and put it up at my desk! Committed to living with purpose – and saying NO when I need to.

Thanks for sharing, Jenn! Do me a favor: take a picture of this sign on your desk and send it to me! I’d love to share it with our community: john@risingabove.com. Enjoy your day-NO REGRETS! J

Good Brother John,
Working the “no” muscle, instead of using the programmed, reflex “yes” response, trains me to differentiate and discern: what Really matters to me/in my life. Not easy … and So worth it. Thanks for being on point this morning – I’ve never known you not to be.
All Love,
Jay

Jay, I love your depiction here: work that no muscle! And enjoy your day as you do it. Thanks for your kind words and for all you do. J

Good Brother John,
Working the “no” muscle, instead of using the programmed, reflex “yes” response, trains me to differentiate and discern: what Really matters to me/in my life. Not easy … and So worth it. Thanks for being on point this morning – I’ve never known you not be.
All Love,
Jay

How inspiring, u always lift me up and make my day better. Thank you.

Thanks for sharing your kind words and for ALL you do, Peggy. Have an awesome day! J

John,
Absolute perfect timing. Profound and impactful. Thank you for making a difference for me today.

Sister Jennifer, thank YOU for your kind words. They mean more than you know. I am glad I could meet you where you are today. Enjoy your day and know that the best is yet to come! J