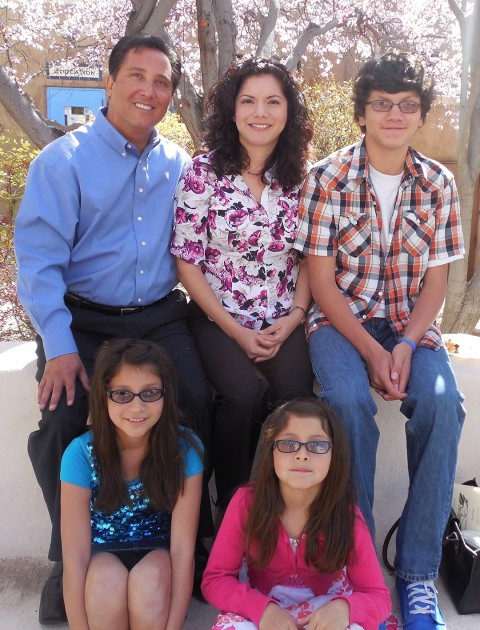 Despite past or current challenges, we have the opportunity, each day, to choose massive change, foster new relationships, envision new dreams and profoundly impact others. Last week I met a man whose life proves this truth.Peter Sanchez is married, has three children, his law degree and a CPA. As an entrepreneur he’s been wildly successful. Peter is the CEO of the Atrisco Companies which transform communities by providing economic development, education and cultural forms.

But he could have traveled a completely different path.

Peter was born into poverty. His parents worked tirelessly providing the best they could but their neighborhood was destitute, their kids mischievous and trouble common. By 7th grade, Peter was breaking in and robbing houses. Peter, his brother and two others were eventually caught and taken to juvenile detention. He nervously awaited the punishment of the judicial system and the reaction from his parents.

Peter’s mom and dad provided a more stern system of punishment then the judicial system. His dad ensured that Peter and his brother would not forget their mistake. They were grounded for months and forced to make all new friends.

As a 13-year-old, Peter could have chosen to follow the path that his many of his friends were taking. It was a path that took one of his conspirators to federal prison; got another shot while robbing a house; and claimed the life of his younger brother who was killed during a drug deal that went bad.

I asked Peter why he thrived in life while the others succumbed to their surroundings.

He shared about the night his parents brought him home from juvenile detention. He laid in bed unable to sleep. He was totally shaken, completely embarrassed and crushed knowing that he let his brother, his family, his community and his parents down. He committed that night to change. He realized life wasn’t an accident, but a choice. He couldn’t make anyone else choose it, not even his younger brother sleeping next to him, but he was going to rise above and thrive in life.

My friend, the choice Peter Sanchez made as a child is one we can each choose today. As we continue the path forward, with our children, spouses, parents and friends; in our businesses, hospitals, schools and churches; in our health, finances, spirituality and leadership; we are free to realize that destiny is not a matter of chance, but a matter of choice. Lasting success and true significance are not things to be waited for, but things to be chosen.

Choose today to take back your life, ignite your possibility and change your world.

What does it feel like to be reminded today that each day you have the choice to live a life of significance? Please share in the comments.

"It is our choices that show what we truly are, far more than our abilities.” -  JK Rowling [Tweet this.] Each…

The Critic and The Choice

“It is not the critic who counts; not the man who points out how the strong man stumbles, or where…

Dr. Ayvazian on the Victor’s Shift “Life isn’t about waiting for the storm to pass, it’s about learning to dance…