Skip to content
Home | Blog | We Must Not Refuse to Do Something
Monday Motivation | September 23, 2013

We Must Not Refuse to Do Something 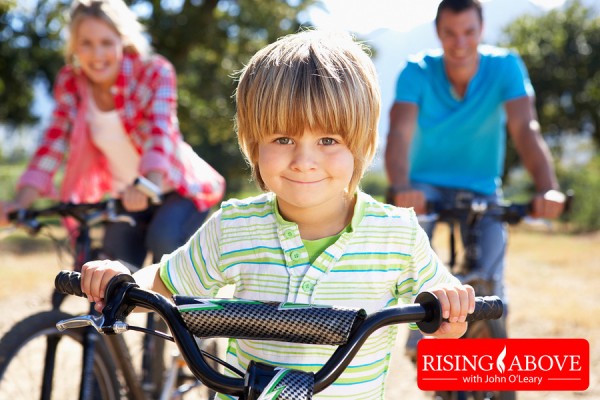 Read the whole article to find out how you can win a round trip Southwest Airlines flight!

Have you ever heard a story that moved you to tears? Ever been so motivated by the love, goodness and courage of others that you knew it was time to do more?

I had a moment like this a few months ago.

I was invited to speak with the Children’s Advocacy Center (CAC) of Illinois. CACs serve children who have been abused and educate communities in order to eradicate future abuse.

Before I was called to the stage to share inspiration to encourage my new friends who do such meaningful and emotionally exhausting work: I was brought to tears.

You see, CAC team members shared the stories of the children they’d served who had touched them most deeply. Then, the children they served spoke about the lives they are leading today because of that service.

I was overcome with gratitude that CAC is shepherding the most vulnerable into safety, light and the knowledge that the best in their life is yet to come.

I wasn’t alone in my reaction. The two leaders who spoke just before me set a clear path I could walk with them.

Those leaders were John Frugo and Lynette Garrett. Last year, they were at a CAC event when they decided to become advocates for the little ones who too often go unheard. They dusted off their bikes and peddled 2,000 miles from Illinois to California to raise awareness. Along the way they raised $12,000 in donations to CAC and ultimately started the “Stop the Cycle” movement.

My friends, the world hungers and thirsts for leaders like John and Lynette to step forward and be the voice of those who otherwise go unheard.

Those who have the opportunity to impact must advocate for those in need. [Tweet that.]

My team at Rising Above and I are honored to join the CAC 2013 Stop the Cycle of Abuse ride from Chicago to St. Louis this year as a sponsor. On October 21, we will ride the sixth and final 40+ mile stage of the ride.

At the end of the day I will be on stage to share inspiration and celebrate each hero and leader that donated and rode to help CAC raise $150,000 for the littlest members of our community.

Many Rising Above community members have been asking how they can join the movement. Here’s how:

WIN A ROUND TRIP SOUTHWEST FLIGHT

Everyone who donates $5.00 or more to the Rising Above team by midnight CST on Thursday, September 26 will be entered into a raffle to win a round trip Southwest Airlines flight within the United States to be used in 2014. To be eligible: you must like both Rising Above with John O’Leary and Children’s Advocacy Center of Illinois on Facebook. You can be entered to win up to three times (for three separate donations). If you sign up to ride on the Rising Above team: you will be entered into the raffle four times (before you choose to sign up to ride, please read the Rider FAQs). The winner will be announced on Friday September 27 on the Rising Above Facebook page.

It’s time to get on your bike and ride! The best is yet to come.

0 replies on “We Must Not Refuse to Do Something”

We are so pleased and blessed to have you with us on this journey! As you know they were your words “what more can you do” that prompted us last spring!
Now “cyclingforkids” is no longer about the two of us, a lesson we learned the first day we set out on our trip last year!!
Thank you for “refusing to do nothing!” See you on the road!!
John and Lynette!

Thank you for creating the path so we could join you in this journey! Your leadership has already changed the lives of many and this October – will change even more. Thanks for ALL you do, J & L! See you on the road is right! J

And yet we must first listen...

A battle cry for our times. How do you respond to those with differing views than yours? As conversations become…