At the Corner of Triumph &Tragedy

“The harder the conflict, the more glorious the triumph.” – Thomas Paine [Tweet this.]

Do you think beautiful things can grow out of horrible events?

I was asked this question at a speaking event last week. It was a group of leaders that are struggling mightily as an organization, working within a challenging industry, and having recently endured some tragedies within their work family.

The following illustration is proof that good frequently flourishes during tragedy. The great problems, challenges and tragedies also serve as amazing opportunities for a new direction, renewed hope, and revelation of inspired leadership.

The images from the last few weeks in Ferguson rekindle memories of the chaos that followed the Rodney King decision in Los Angeles two decades ago. For four days, police were on their heals, buildings burned, shots rang out. Tragically, 54 people were killed and the worst of humanity was on display.

And yet, even in the midst of this nightmarish calamity shined improbable moments of brilliant goodness.

Two poignant examples of this took place on the same intersection at the corner of Florence and Normandie in Los Angeles.

Perhaps you remember the terrible images captured from a helicopter reporter. The video showed a truck driver approached by a mob of young men, stopping his vehicle, dragging from his vehicle and severely beating him. The entire event was captured and broadcast on live television.

A block away and safely in his house, Bobby Green Jr. watched on television what was taking place in his neighborhood. He unlocked his door, left his house, and sprinted to the scene. He helped the beaten man, Reginald Denny, into the truck, got him into the passenger seat and drove away from the mob. Green risked his life to drive the critically wounded stranger to the hospital.

Just moments later at that same intersection another innocent man was beaten. Fidel Lopez, at the wrong place at the wrong time, was pulled from his car, robbed, and beaten. He was stripped, spray-painted black, and likely to be murdered by the mob.

Until one person stepped forward.

Rev. Bennie Newton waded through the crowd and took Lopez into his arms. He then screamed out to the attackers, “If you want to kill him, you’ll have to kill me, too!”

The mob walked away.

So why share these stories this morning? What do two stories of heroic courage in the midst of terrible brutality have to do with you?

My friend, we hunger and thirst for men and women to step forward and show us that even during times of tragedy and challenge intersect moments of triumph and hope. [Tweet this.] These intersections aren’t just on the streets of LA decades ago, or on streets of Ferguson and New York today, but in every interaction in your life.

For you see, the attitudes, decisions and actions you make each day impact not just your day today, but our lives tomorrow.

Today, there are fires burning around you. These challenges and changes provide the perfect inflection point. You can passively endure, point fingers and choose to be a victim to your past, your present circumstances, to what is happening to you. Or you can breath life into the situation by choosing to stand up, step forward, lead courageously, love relentlessly and impact profoundly. In making this choice you change the world, starting with your own corner of it.

My friends, what an opportunity, what a gift, what an intersection you find yourself at today! What happens next has much less to do with what happened yesterday and much more to do with the path you choose going forward.

Do you have an example of a time that you saw moments of hope and triumph in the midst of tragedy? If so, please share that story with me and the Rising Above community in the comments below. One person who shares by Midnight CST tonight will be randomly selected to receive my Holiday Gift Set!

0 replies on “At the Corner of Triumph &Tragedy”

Sorry for the delay — thanks to everyone for your comments and for being part of the Rising Above community! Our winner is JOAN NAYLOR. Joan, email your mailing address to info@risingabove.com and we’ll get your holiday gift set in the mail in time for Christmas! J

I was a long time resident of Ferguson, I grew up there and still I’m proud to call it my hometown. People have just gotten lost and opportunist came in to take advantage of a tragic situation. In 1969 while I attended Ferguson Junior H.S. we had our own race problems there. I remember a gang of young blacks coming at me they had tire chains, clubs and other weapons. As they approached again just like your 2 stories, out of the crowd came a young black man I knew and I will never forget his name Dennis Holmes. He stopped the mob and said, no not him he’s cool. The relief and strengthened friendship that grew from that incident is still vivid in my mind these decades later. After that we had police officers in every corridor of the school, yet know one remembers that we all came together and worked that problem out. My hope is that all the true residents of Ferguson black and white can come together to heal these deep wounds. Anything is possible as it was said “together we stand divided we fall”. This is still true through every day of our lives!

In this critical time, I am conscious of my interactions with people around me, especially when with my children. During a day when I might not make eye contact with others and instead focus on my day and objectives, I am mindful of the impact that has on others. The intention is not a negative one but the impact can be. Instead, I am making it a point to look at another person in the eye, especially if it is a person of color and smile. Whether we are passing on the street, in cars at the intersection, in the elevator, or walking through the same door I need them to see and understand that “I see them”. If we want to change the world that is burning around us we have to come together at every intersection and at every interaction and connect! Similar to when our country was attacked with 9/11 people let down their barriers and embraced on another as the same. We desperately need to do the same now. We don’t need a heroic act to take place, but need to have the courage to make even little moments count. Be the change that our children need to replicate. See those that deserve to be seen. Come together to shift this moment…and start with a sincere look in the eye and smile.

Shannon, I SEE YOU!

Thank you for taking the time to share your thoughts and encouragement — it is true, every action / interaction / eye contact we make impacts the lives of others. Your note is a reminder for us to use our words, time and actions to include others and spread love and joy. Thx for ALL you do. J

I see that time RIGHT NOW in my life. The tragedy is that my husband and I divorced just over two years ago and there has been heartache, heartbreak, tons of tears, sadness, anxiety, anger, frustration, and enough hurt to last several lifetimes. BUT, through all of that mess came growth, change, forgiveness, understanding, faith and a glimpse of hope. Out of that mess came two changed hearts and people. Out of that mess came two people that refocused their lives on God’s plan, not their OWN. Out of that mess came the understanding of what our marriage vows exchanged 14 years ago truly meant. I am still not completely out of that mess and I don’t know for certain what tomorrow brings but I believe in the hope and triumph of what our great God can do. I believe that circumstances, past hurts, people, and hearts can be changed. It only requires a willingness. I am willing. I am hopeful. I am ready. Why? Because someone keeps telling me “the best is yet to come” and I believe it!

BRAVO, JOHN! And YES, YES, YES. You have stated our opportunity for transformation better than anyone I have heard so far. Thank you for your wisdom.

Sweet Jean! We missed you at LAUNCH. Thanks for your note and for ALL that you do. Merry Christmas to you and yours. J

After the New Town Massacre a group of volunteers gave their time, knowledge and love to teach tapping, EFT ( emotional freedom technique ) to the families who lost children and to the teachers. What a gift!

What an awesome example – thanks for sharing, Joan! And for looking for the GOOD stories to share! There is so much good all around us. Always. J

After the New Town massacre,
families, teachers and first responders were taught tapping, EFT (emotional freedom technique) by volunteers and it helped them start their lives again. These volunteers gave a huge gift of their time, knowledge and love and changed people’s lives. 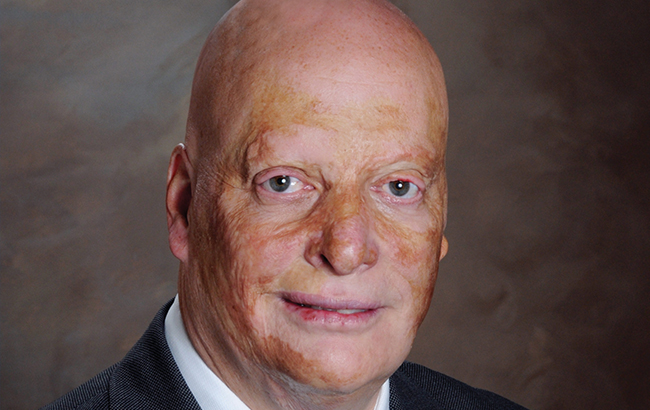