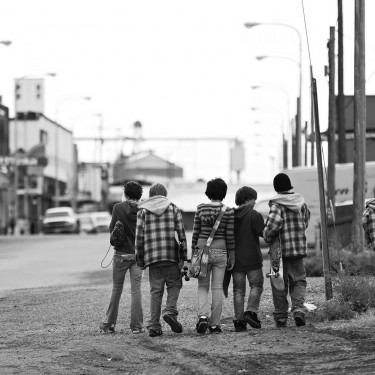 “Love is the only force capable of transforming an enemy into a friend.” – Martin Luther King Jr. [Tweet this.]

How do you respond to people you don’t like?

Maybe they work on your floor, within your team or you report into them? Maybe it is someone from your church, your neighborhood, or (gulp) your family. Maybe it’s the way they talk down to you, talk up about themselves or ignore you entirely.

Let me share an awesome example that will benefit you, over the holidays and into the next year.

Matt Miller is a great friend, former St. Louis Elementary School Principal of the Year and speaker at my LAUNCH events. Several years ago on his first day at a new school, a staff member came into the meeting fuming. She told the group that ‘the thugs’ were back on the playground, referencing the group of boys that often skateboarded and hung out on the school property during the summer. They had been accused of not only loitering, but destroying benches, spray painting property and causing problems.

After hearing all that these kids had done to his new school, Matt said he’d take care of them.

He walked outside, past the boys and to his car. He was ready to implement a little creative conflict resolution. Matt drove to the nearest convenience store, bought a couple of boxes of popsicles and came back to the school. He parked his car, and approached the boys.

“Anyone want a popsicle?”

The group of kids flocked to Matt, took the treats and sat down under a shaded picnic table with him. Matt shared that he was new to the school and didn’t know anyone. He went on, “I’m looking to make some new friends who could help take care of this school. We’ve had some problems lately and we need some good kids to watch over things. Can you guys help me with this?”

Looking at one another, with popsicles in hands, the kids agreed they would take great care of the school this summer.

Matt thanked them, told them he had to get back into meetings and that he was grateful they’d be out here having fun and watching over things while he was inside working.

Whether these were the troublemakers or not, they became the school guardians. During the final two months of summer there was not a single problem.

So how should you respond to those who make you angry, that put you down, that cause a problem? [Tweet this.] How do you react to ‘the thugs’ in your life?

My friends, Matt could have grabbed a megaphone, opened up the door, and yelled, “Get the heck off of my property!” Matt would have been within his rights to call the cops to chase those kids away. Instead, Matt realized that love is the only force capable of transforming an enemy into a friend.

This isn’t a Pollyanna response to challenging events and people in life. This isn’t about repeatedly allowing someone to walk all over you. It is, though, an invitation to see that how we choose to live, lead, and respond dramatically influences not only our lives, but those with whom we interact.

When we react to others with anger, venom, destructive words, and fists clenched we elevate that exact same response in others. [Tweet this.] What we sought to destroy is actually multiplied in them and in us. But when we respond with love, with compassion, with affirming words, and with hearts wide open we attract that response in others, too.

There is a mighty battle being fought today between good and evil, right and wrong, love and fear. The good news that you need to hear and get to live is that love wins.

So come to the fight. Bring a box of popsicles. And know the best is yet to come. [Tweet this.]

Hi John-this is a great action plan for many situations that could take a turn for the downside. This works with ice creams treats in a work setting too. I had great results. learning to look at conflict in a new way can help us resolve it in a new way. What more can I do? This Monday message reflects that as does my bracelet!!! Thank you for the discounted rate on the learning package of your items.
Love them
thanks
Alicia

Sweet Alicia, thank YOU for your note, for living and sharing the WMCID message and for ALL that you do. Keep bringing popsicles and know that the best is yet to come! J

Every Wednesday in 2015, I'll unplug, speak from my heart and share some thoughts in a short video blog reflection to…

"Conflict cannot survive without your participation." - Wayne Dyer I recently read an article encouraging readers to be bolder and…

The most important aspect of any goal-setting exercise is to begin with the end in mind. [Tweet this] Every Tuesday on…