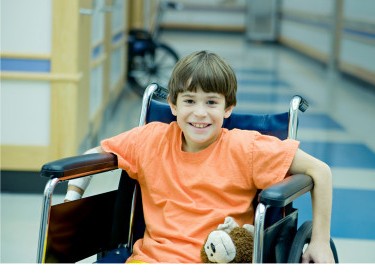 “You have been created so that you might make a difference.You have within you the power to change the world.” – Andy Andrews [Tweet this.]

Who has impacted your life?

Occasionally, though, you realize those who have dramatically impacted your life were people you barely knew. Maybe even people you’ve forgotten you met.

I was reminded of this truth through a chance encounter last weekend.

You see, as a kid I loved to pretend I was in the army. We played with GI Joe guys in the backyard all day. Leaves transformed into landing crafts, mulch became enemy beaches and black ants became enemy soldiers.

My childhood playfulness continued after I was burned. In fact, my playfulness was especially important during the agonizing physical therapy sessions that followed. he sessions were torturous, there was one thing I could always look forward to: Playing once it ended.

After my session, the therapists would roll me out to the area for patients waiting for their rides. That’s where I met a valet; he was a teenager named Scott.

Scott was my buddy.

He must have looked at this nine-year-old kid wrapped with bandages, eyes still watering from the session he’d just experienced, Velcro-strapped into a wheelchair, waiting for a ride home as an incredible opportunity to do something kind for someone who needed it. And every day he’d do exactly that.

After all of the pain in my therapy session, he provided me each day with a moment of peace, fun, and playfulness.

We’d act like we were in radio communication with the ambulances and that they were part of our army. Scott was my sergeant, I was his lieutenant. He took orders from me. He’d roll me to various spots to maximize my view of the ambulance traffic below. And when my ride arrived, Scott would do one more thing that always made my day: He’d let me talk on his walkie-talkie.

Some angry security officer would then hop on and tell the kid to get off the radio!

And with a big, beaming smile on my face, my friend would push me toward my parent’s car. He’d help me in, wave goodbye and tell me he looked forward to seeing me the next day.

I hadn’t thought of or seen 19-year-old Scott valet in 28 years.

My wife and I were at dinner celebrating Valentine’s day. Beth recognized someone she used to work with. While the ladies chatted, I introduced myself to her husband, a man named Scott.

He asked me if I had ever been at St. John’s Hospital and I said, “Yes. Why?”

Years ago, he said, he used to work as a valet. Parking cars. But there was one kid, one little patient, who grabbed his heart and remained part of his life in the almost three decades that followed. A little boy named ‘Johnny.’ He asked me if I might be that same kid.

My friends, you never know the impact your life may have on another. [Tweet this.] The ripple effect of our life is more profoundly significant than we grasp.

Today I challenge you to realize this truth.

We have been created in order that we might make a difference. We have within ourselves the power to change the world.

Today, embrace the gift of your life, the possibility within it and the truth that the best is yet to come.

0 replies on “The Valet who Never Forgot”

Your post inspired a post on my company’s blog about the playfulness demonstrated by people who work with individuals with disabilities: https://accessoftherrv.wordpress.com/2015/02/23/the-respectfulness-of-playfulness/

“There is a lot of respect in playfulness. In learning what someone else finds fun and adapting to whatever that may be.”

Well said. What better to recognize someone; honor someone; be present with someone then to do something that they will enjoy.

Thanks for the great blog, for sharing my blog and for ALL you do each day. The world is blessed to have you. J

[…] of this routine that I partake in several times a week when my boss e-mailed me a blog post from John O’Leary, thinking that I might want to use it in my blog.  There were a number of uplifting messages […]

“You have been created so that you might make a difference. You have within you the power to change the…

The Piece that Never Fits

"Thousands of candles can be lit from a single candle and the life of the candle will not be shortened.…