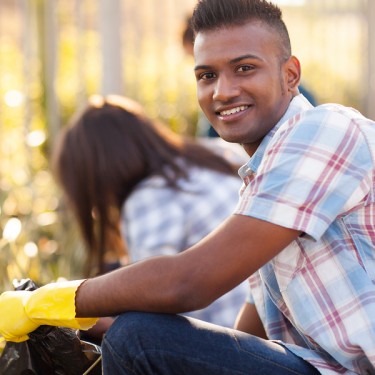 er, resentment and jealousy doesn’t change the heart of others – it only changes yours.” – Shannon Alder

“Dad, what’s going to happen with all this stuff?”

It was the evening before Thanksgiving and we were hosting dinner the following night. We were straitening the house, setting the tables, prepping the food, and the white noise of the television gently played in the background. My son, Jack, was watching the news. ISIS. Crisis in Syria, unrest in Paris, Belgian security concerns. Widespread protests in Chicago, violence in our community.

I turned off the news. Stopped what I was doing and looked at Jack. I told him that I had no idea how all these individual events will play out, but reminded him for every negative story the news puts on television, that there are stories of redemption, of hope, of love that can always grow out of it.

I then told him about a family in Kansas I’d just met.

By all accounts Cameron Freeman was a great kid. Just 21, he was popular, talented and generous. On the way home from a concert with friends he was hit by a drunk driver and killed.

I told Jack the news covers stories like this. But they very seldom share the stories that can grow out of tragedy.

You see, two nights after his funeral, his mom, Shelley Freeman, awoke in the middle of the night and wrote in her journal:

Cameron’s death is spiritual, much like the moment of birth. Awesome, sacred and profound, but not without pain. I wouldn’t want a molecule of that profound love to be contaminated with hatred and anger.

Knowing that bitterness, remaining angry and seeking revenge would never bring back her son, she committed to a new mission with renewed focus: to bring compassion and kindness into a world starved for it to honor her son. With Cameron’s 22nd birthday approaching, she challenged friends and family members to use it as a day to do random acts of kindness, to spread love.

Hundreds partook that first year; thousands the following. On the date, individuals, businesses and schools do random acts of kindness. It is referred to as The Cameron Effect. And five years later it continues, it grows and it is positively touching more lives.

My friends, there are massive issues that overwhelm our communities and our world on the evening news. There are significant challenges we face in our communities. And all of us struggle with adversity in personal relationships, health, and life.

So how do we begin battling back these very complex and arduous realities?

What I know for certain is that anger, resentment and jealousy never change the heart of others, but are absolutely certain to negatively change yours. [Tweet this.]

And what I also know is that love, compassion and forgiveness have the power to not only change your heart, but also those lucky enough to be impacted because of you.

The Only Response You Ever Need

“Say YES. And you’ll figure it out afterward.” - Tina Fey The following is an excerpt from my #1 National…