Did I Do My Best?

“Only those who dare to fail greatly can ever achieve greatly.” – Robert F. Kennedy 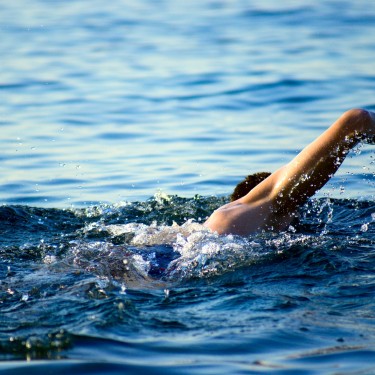 Ever wondered what might happen if you really did your best? I mean gave it your all; served with ALL you had?

In the early hours of September 8, 1860 a passenger ship on Lake Michigan collided with another vessel. The 385 passengers aboard were jarred from their sleep, confused in the dark, as water filled the hull and the boat broke apart.

Many of the passengers tried desperately to swim the several hundred yards to the shore, but the waves and the chaos made it impossible. So they grabbed onto pieces of the wreckage and screamed for help.

From the safety of the shore, a group gathered and helplessly watched the tragedy unfolding before them. They heard, but could not see, passengers clinging desperately to pieces of the ship in the darkened night.

A young man named Edward Spencer dove into the water, swam through the wreckage, grabbed a passenger, and swam her back to land.

He pulled her ashore, turned and went back into the frigid water. After several trips swimming out to the wreckage, each time returning with another survivor, he was so exhausted he passed out. Moments later, he awoke to the screams, asked that a rope be tied around his waist and then waded back into the water. This ensured that if he could make it out – the people on shore could pull them back to safety.

After his final rescue, Spencer lay bloodied and exhausted on the shore. He looked up in delirium, repeatedly asking the question, “Did I do my best?”

385 passengers entered the water that night. 287 died. 98 were rescued by a rescue boat. The remaining 18 survived because of the unbridled courage, selflessness and love of one man, Edward Spencer. He was told that night with absolute assurance that, indeed, he did do his best.

My friend, it’s not likely that you’ll be called into the frigid waters of Lake Michigan to rescue others. But every day, and every interaction, provides the opportunity to make a difference by doing your very best. [Tweet this.]

This is your day to recommit to being fully engaged in life. This is your moment to wake up, tie back on the rope, and get into the water and swim with everything you have towards goals that are truly worthy.

This is your day to risk greatly and achieve greatly by deciding to do your best.

John, thank you! Encouragement and a reminder that I need today. God is good, he led me to you. Best, John

John, I have been following your blog for a while and this really helped me today. I am doing IM Florida on Saturday and I am nervous and scared. Especially of the swim. The picture and the reminder to live life to the fullest was another sign of reassurance that God will be right there beside me. Thanks for your gift of inspiration and reassurance. Tammy

Thanks for the note, Tammy! Glad it gave you the reassurance you needed and best of luck this weekend! Way to live inspired! J