“To truly live is the rarest thing in the world. Most people exist, that is all.” – Oscar Wilde 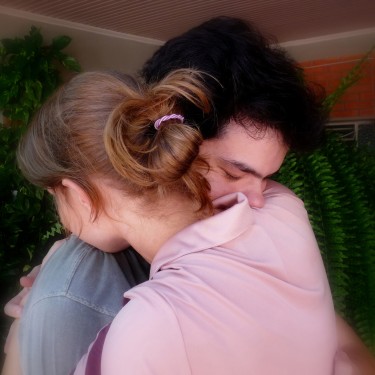 Have you ever received news that changed everything?

Perhaps it was the phone that rang, a knock at the door, or news at a doctor’s visit. Regardless, you knew life would never be the same afterwards.

A friend recently received such a call. This is his story. But the take away is for you.

Michael was in a meeting when his wife called. He glanced down, saw the name, and knew why she was calling. They had a disagreement that morning and he assumed she was calling to apologize. It could wait, he told himself.

A moment later there was another call from her.

Then this text: “Call me. It’s really important.”

Michael’s wife had gone for her regular physical that morning. Her doctor had found something suspicious and would need to do some tests. His wife was concerned it could be cancer.

Weeks of testing followed. Then waiting and praying and crying. Then, the diagnosis: Breast cancer. Stage 3. A journey toward the unknown began.

Michael and I discussed the treatment options, her prognosis, their kids, and next steps. I then asked how that phone call, that diagnosis, had changed his life.

He mentioned that he doesn’t ever look at his wife and expect that she’ll be there tomorrow. He hugs her tighter. Holds her closer. Forgives her faster. Loves her better. He shared that the little things were the source of almost all of their fights. And now, with something so big in front of them, they don’t get bogged down with the little things.

Finally, he said, “John, she’s losing her hair. She’s looking frail. She’s not as energetic as she used to be.” Then he added, “and I’ve never been as in love with her, amazed by her beauty, or as grateful for our time together.”

My friends, we frequently only wake up to the most precious gifts in our lives when there is the threat they could be taken away. [Tweet this.]

We frequently just exist through life rather than truly living, savoring and thriving. I encourage you not to wait.

You get one chance at this life on earth. You get one opportunity to make a significant difference for others, to be an awesome parent, spouse, child, coworker and friend.

This moment matters. Your life is a gift.

What is ONE precious gift that you are actively grateful for today? Share in the comments on below.

I am grateful for my wonderful husband who loves me to the moon and back. We have been married almost 26 years and we love each other more today then we ever have. I love his laugh and his sweet smile. We have 3 kids together. He is my number fan and supporter in everything I do and couldn’t image sharing my life with anyone else. God gave me the perfect soul mate in every way. I am so blessed to have Ronnie !

I to have been give a second chance at life. I was in a serious car accident, so everyday is a blessing to me. I almost died. I do not take life for granted. Live , love and breath keep going. I’m greatful that I was given a second chance .
,

I am grateful for each day I wake up because its another chance to start over. I am also grateful for my family who have always been there and continue to be there for me. God is great!

TODAY! I too was diagnosed with stage 3 breast cancer…6 years ago. I am grateful for every day!

Today is a beautiful day 🙂 thanks for the reminder and so happy for your health – thx for sharing, sweet Carol! Continue boldly. J

Today I am grateful for the coaching hour I had with one of my Real Estate agents. I am a productivity coach for my office and meet with my agents regularly. Today I met one of our agents on the walking trails by our office. We spent the best hour talking, walking and getting to know each other better. Bess is a fitness guru and I learned as much from as her as she did from me. Decided today that that walking trail is my new “office” away from my office!

My beautiful and loving wife, Carly

Waking up each day! The reason being…so I can tell my family I love them and thanking God for each day I have with them.

The precious gift that I’m actively grateful for today is my 94 year old Mom. Her life is so precious to me and every moment with her is one that I cherish.

I am so grateful for a husband who makes me laugh every day of my life who loves me, loves life, loves our family, loves his dog and tolerates my cat and horse. I am living my dream and embrace it passionately. I look for the tiniest things to be grateful for and write them down. I am grateful for every day!

Thanks for sharing your gratitude with us, Dawn! J

“The course of true love never did run smooth.” – William Shakespeare Poolside, relaxed, and drink in hand. This is…

Don't Wait until Next Year

"Each day provides its own gifts." - Marcus Aurelius [Click to Tweet.] “Is that all?" It’s an innocent enough question.…