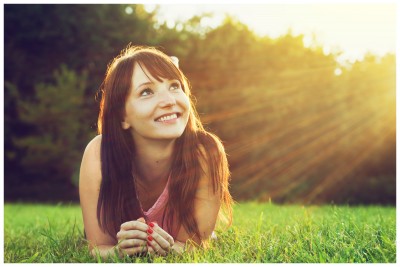 “The arc of the moral universe is long, but it bends toward justice.” – Martin Luther King Jr.

The gentleman shared this quote after folding up his newspaper and tossing it despondently on the table before him.

We were gathered at conference for wealth managers. The majority of the week was focused on teaching these advisors to grow their business by better understanding the market and articulating it to clients. I was invited to remind them of the value of owning their mindset.

My ears rang when I heard those words:

But not in the way he meant it.

You see, we tend to imagine that no one has ever endured the experiences we have.

As adolescents, before slamming our bedroom door we’d tell our parents that things are different now and they wouldn’t understand. It was the same line they shared with their parents. It’s the same one we today hear from our own children.

In reading the paper, it’s possible to feel that politically we’ve never been so divisive on so many issues, never had such angry conversations between parties and candidates.

But let’s not forget that polarizing perspectives have guided our political conversation since our country’s inception. In fact, one notorious example occurred in 1804 when the Secretary of the Treasury and the Vice President of the United States were engaged in such a heated debate, with no clear resolution, that they agreed to a duel.

A fight. With guns!

In comparison it actually makes the current tweets from some politicians look pretty mild.

And in watching the evening news, it likely feels we’ve never seen such global calamities as right now.

Syria. ISIS. Drug trafficking. China’s shifting economy. Stagnant financial growth. It’s no wonder someone might throw the paper down and scream: We’ve never seen anything like this!

And that statement is true.

We’ve never lived in an era where travel was so efficient, so affordable, and so safe.

We’ve never lived in a time as technologically advanced and connected as we enjoy today.

Contrary to headlines, we’ve never lived in a time that’s been safer, wealthier, healthier, with global populations enjoying the longevity in years and freedom of days as we do today.

Not when economies frequently operate from a place of scarcity and greed rather than generosity and abundance.

Not when entire communities are born into situations where advancement is doomed from birth.

And not when religious movements and political campaigns bang the drum of abject fear rather than optimistic faith.

Webster’s 1828 definition of optimism is: The opinion or doctrine that every thing in nature is ordered for the best; the order of things in the universe that is adapted to produce the most good.

My friends, I don’t believe this is merely a definition from an old source. I believe it’s a fact of life.

I believe the arc of the universe, economies, and relationships is long, but its trajectory bends toward hope, optimism, and the truth that the best is yet to come. [Tweet this] | [Share on Facebook]

So feel free to turn off the news, throw down the paper and yell out: We’ve never seen anything like this!

Embrace that gift, give thanks for it, and then ask what you can do to make it even better.

What are you optimistic about today? Share in the comments below.

THANK YOU once again for opening my eyes and heart to a more healthy, balanced and realistic way of looking at
our world. Your words and vision are exactly what I needed to read today…I believe they are what America needs right now as well! I may just find a way to forward this essay to all of the candidates, congressmen, political strategists, pollsters and any neighbor or friend who is feeling depressed by the whole spectacle. May the power of positive thoughts change the world, one person and community at a time. Be well dear friend and love to all the family. God Bless!

I love this reminder of mindset and perspective. Thanks for sharing it. It is refreshing 🙂
(P.S. Personally, I did not perceive this as political undertone at all, and I have no idea which candidate or party you support, if any. Was quoting MLK too much religious undertone? Was it racial undertone? I think none of the above…we generally see what we look for.) Stay on fire!!

While I agree wholeheartedly that we tend do be more negative than optimistic, I sensed a political undertone as you discussed how things are far from perfect. John, I feel your point could have –and should have –been made without this political opinion. Yes, we are far better off than we were in the 1800’s (although I may challenge that technology and constant connectivity is such a good thing) ….lets just say we need to be positive and optimistic and look at the glass half full. We hear enough politics these days and we all have our own views on the many issues facing us. Your blog should refrain from pushing your political opinion and stick to what you do best–motivating us to be our very best.

My friend, I appreciate your note and encouragement.

Those who have been reading my work for years likely have no idea which side of the aisle I sit on. For me, there are arguments that should be heard loud and clear from both traditional parties and I try to remain open to the best solutions – regardless the party putting it forward.

The vague reference to ‘putting up walls’ might appear as a slight against a specific candidate. In truth, the walls I am referring to, and am much more concerned about, are the walls put up internally where we make communication between parties, the exchange of ideas between candidates,and even an open conversation between neighbors, impossible. Those are the walls we must avoid building and fight to tear down.

It’s time to keep our arms uncrossed and minds wide open to ideas and solutions–whether they originate from our perspective or not.

I appreciate your candor and encouragement. The world needs you — and all of us — at our very best. Stay on fire —