Are You Affecting the World? 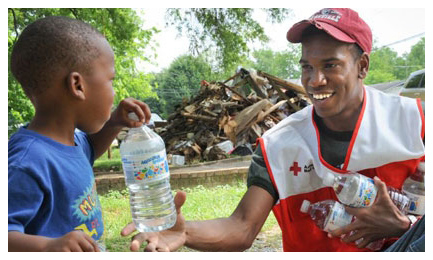 Many first responders share similar experiences after severe storms blow through a community.

But as soon as the storm blows through, everything changes. With roads blocked there are no cars; with poles dropped there is no electricity; with the storm gone there are no noises.

And then, cutting though the great silence, echoes the high-pitched shrill of chainsaws ripping through downed wood.

In the aftermath of a storm, that noise announces that although there may be catastrophic damage, homes crushed, and lives shattered, there are also individuals trying to remove debris, make a difference, and begin rebuilding lives.

I was thinking of those storms, those chainsaws, and those individuals wielding them a little over a week ago while preparing to speak at the Stephen Breen Memorial Foundation Dinner in Fort Worth, TX.

The dinner is now in its 12th year.  It celebrates the life, example, spirit, fight, and final requests of a young man.

Stephen was a very typical 15-year-old boy.  A bit goofy, always grinning, foolish enough to think he was (as he would say) “a chick magnet,” but self-conscious enough to rarely speak to them.

His life changed dramatically after the storm of a cancer diagnosis.

Through the pain and uncertainty of procedures, Stephen chose to keep a remarkable attitude. Focusing more on the pain of those around him than his own, friends, family, and strangers came to visit him in the hopes of encouraging Stephen, only to leave encouraged themselves.

He figured if he wasn’t able to make himself better, he might as well strive to ensure he made others better.

As the story of Stephen’s great love made its way through his community, others began desiring to make a difference for him.  Make-A-Wish sent him to the NFL Pro Bowl in Hawaii. The Dallas Cowboys invited him to attend a practice. The entire team huddled around Stephen afterwards, hugged and signed autographs for him, and cheered loudly as he hobbled off the field.

His friends and classmates supported and loved him through it all, too.  Even as he lost his hair, his body swelled from steroids, and the end seemed terribly close, they were unflinching in their support and love this young man.

At what would be his last event as a student, the homecoming dance, the prettiest, most popular girl in school went as his date. No, not out of sympathy or some selfless act of service, but out of a desire to be with someone as vibrantly, infectiously alive as he was.

Stephen’s family received the same echoing love of the chainsaw buzz, too.

Meals were delivered, prayers were offered, visitors came to the hospital to simply sit with his family. Stephen’s dad, Jim, occasionally had loyal friends sneak him a beer or glass of wine to the hospital as he spent 10 … then 20… then 30 nights in a row sleeping in Stephen’s room.  During this time the family’s grass was cut, house was cleaned, and his other siblings were warmly invited into the activities and love of other families.

Even as the end came, these loyal friends remained present.

After Stephen took his last breath and the family had said their final goodbyes to their son and brother, three family friends quietly waited downstairs for several hours. As Stephen’s family left the room, these men entered, tenderly picked up the child, and carried Stephen from his bedroom, down the steps, to the waiting hearse in the driveway.

And, yet, the buzz of the chainsaws continued to echo.  The typical kid had inspired a community and more than 1,500 people attended his funeral.  The final procession moved past a long corridor of his high school football team all wearing their uniforms as a final sendoff of respect to a young man who had captured the hearts of the community.

Perhaps the most amazing aspect about this family, this boy and this community is that it didn’t end there.  The echo of the chainsaws, generosity, love, faithfulness and life continued.

Although Stephen died almost 12 years ago, his magnificent life and legacy lives on. For you see, near the end of his life, knowing the end was near, he asked that he be remembered through acts of generosity done for others.  Specifically, he wanted kids with cancer and their families to receive the same amazing gifts he received as he battled, and he desired that children who wanted to attend Catholic schools, but were unable to because of finances, be able to attend.

Through the pain and silence of his death, the chainsaws of great love and generosity have raised almost $2,000,000 to provide the same loving echo he felt so fortunate to receive while he lived.

My friends, this was not an easy newsletter to write. It likely was not an easy one to read, either. And yet, writing and reading is the easy part. Living it is the real invitation from Stephen’s life.

We live in a world ripe with storms.  Difficulties, chaos, despair and brokenness is ubiquitous in our communities, our families and in our own life. We can retreat from it, hide for cover, raise our fist in anger demanding the answer to the question, “Why me?!”

Or, we can pragmatically and faithfully view the damages and ask “what more can we do?”

We can embrace the tragedies and losses as part of life, show up courageously and lovingly for those around us, grab our chainsaws and let our noise bring hope, possibility, and new life to a community starved for it. [Tweet this] | [Share on Facebook]

To learn more about this amazing boy, family, and foundation watch this video:

2 replies on “Are You Affecting the World?”

Thx brother, Nile. I appreciate you (and your support!), friend. J

Thanks, John! I am so proud and happy for you!

Your brother in Christ.

“Stop thinking gratitude as a by product of your circumstances and start thinking of it as a world view.” B.…

The World Revolves - But Not Around You

“The world spins, but not around you!” - Jasper Comstock So frequently we look at events only through the lens of…