Pull Up A Chair 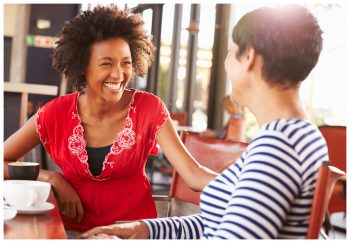 “Being heard is so close to being loved that they are almost indistinguishable.” – David Augsburger

Speaking to more than 100 groups around the country each year gives me the wonderful opportunity to meet with thousands of individuals, each with unique struggles, hopes, experiences and stories.

While speaking at the University of Southern California almost two months ago, I had the opportunity to meet a most amazing man. You may have read about him in my BeliefNet.com article; that article garnered such a wonderful and widespread response that I wanted to share Augie’s story here at “home” in my weekly Monday Motivation with you.

Augie Nieto has lived with the brutal realities of Lou Gehrig’s disease for over 10 years. Knowing the trajectory of the disease and the certainty of losing everything, shortly after the diagnosis Augie tried to take his own life.

Against overwhelming odds, he survived the attempt. More than that, the experience ignited within him a deep desire to not just refuse surrendering to the disease, but to become a masterful example of abundant life in spite of it.

We connected after my talk and spoke for almost an hour. I asked what the most difficult aspect of this brutal disease was. He responded:

He sat motionless in a motorized wheelchair and unable to move any muscle other than his big toe on his right foot. Augie typed his conversation with me.

Using technology he helped design, he’s able to use his toe to slowly type letters and communicate with friends. He’s got a wicked sense of humor, a beautiful heart, and a gorgeous bride named Lynne.

The man was a pioneer and global leader in the fitness industry. He founded, grew and eventually sold the hugely successful brand “Life Fitness.” For Augie, fitness wasn’t just work, it was life. He epitomized health and was a world-class athlete before his ALS diagnosis.

This one sentence had already taken him more than a minute to type. It was laborious, requiring all his mental effort and physical strength. He occasionally glanced over to make sure I was paying attention – and to let me know he was enjoying being heard.

At this moment someone approached thanking me for speaking earlier. I hugged him, thanked him and asked if he’d ever met Augie. He’d not. The gentleman then stuck out his hand to shake Augie’s. Unable to move anything other than his eyelids and big toe, Augie stared back. After an awkward silence, the gentleman pointed at Augie, told him he looked great, turned and walked away. It was a painful moment for the gentleman, certainly, but something that Augie experiences frequently.

What terrifies Augie, what he says is the hardest part of the disease is not losing everything physically, the painful progression of ALS, or even the inevitable loss of life, but that in almost every room he’s in, people look past him, they ignore him, or they feel sorry for him.

And yet, the point of this story isn’t really about the agony and anxiety of a man, physically bound, hanging onto the miracle and gift of life.

The real point is that too frequently we are the timid, awkward gentleman who would rather point, smile, tell others they look great, and then quickly walk away, than to lean in, cry with, understand, and wholeheartedly sit in the mysterious complexity of how challenging, agonizing, and beautiful this life actually is.

And we know there is a better way to lead forward.

In a world that is so overwhelmed with busyness, preoccupied with self-interests, and motivated by fear, we are invited daily to uncross our arms to the challenges, hopes, dreams, and lives of those with whom we come into contract. We are free to wake up from accidental living, and choose instead to be radically alive.

Now’s the time to lower your voice, drop the sarcasm, and turn off the phone. This is the day to pull up a chair, open your heart and step into the one thing individuals around us are clamoring for more than anything else: being fully seen, heard and understood. <Tweet this> | < Share on Facebook>

No, it likely won’t cure a man of his diagnosis. And it’s improbable to make all the issues of the day fade.

But your presence and love, shared boldly and vulnerably with those you encounter, may do something ultimately even more important: provide a light in the midst of great darkness. And that glimmer will remind them that they are not alone, that there is reason for hope, and that the best is yet to come.

How will you commit to making sure those around you are fully seen, heard, and understood? Share your plans in the comments below.

[…] was originally posted on JohnOLearyInspires.com. When John O’Leary was 9 years old, he suffered burns over 100% of his body and was expected […]

Today , I will really listen to someone who is speaking to me. I will not be thinking of what I am going to say next.

And in doing so…you are sharing your love. Thx for all you do, Mary! J

Thank you for such a poignant reminder that each of us needs to know that we count and all of us need to work harder to make sure that happens. “Be courageous!” is my new mantra.

Thanks for ALL you do, Linda. Today is your day! Live inspired…and be courageous! J

This past week my work place Grant Medical Center of OhioHealth paid for our leadership to attend John C. Maxwell. He shared his book and his talk was about Intentional Living! That is what I plan to do everyday! Thank you

Linda, thank you for taking the time to leave your note and for all you do. YOU rock – enjoy manifesting God’s work and all the joys that will come with it. J

Barb, thanks for taking the time to comment. What an awesome place of work…glad to hear you and your colleagues (and, through you, your patients) are being taken care of 🙂 Enjoy intentionally living every day. J

John, it is your story and the stories you share that have inspired me and many of the people in our small parish community to step outside ourselves and, in whatever way God is calling us, to reach out to others. We are just in the beginning stages of forming a ministry, but I KNOW it’s going to be HUGE because God is HUGE! Ralph Waldo Emerson once said, “God will not have his work made manifest by cowards.” That is AWESOME and scary at the same time. But, we believe we are here”for such a time as this”! Thank you for all you do to inspire and challenge us out of our mediocrity! YOU ROCK!!!!

Linda, thank you for taking the time to leave your note and for all you do. YOU rock – enjoy manifesting God’s work and all the joys that will come with it. J

An Open Chair at the Table

On this Memorial Day, I wanted to share a meeting I had last week with members of our Armed Forces…