Are You That Guy? 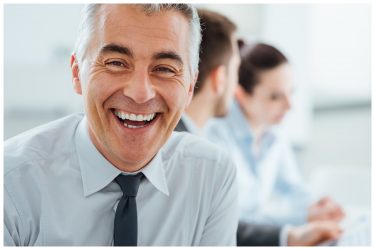 “Would it be okay if I sit next to you?”

It was about an hour into a Southwest flight heading home. I was enjoying a vacant middle seat next to me and had just begun working on this Monday Morning Motivation. On the flexible plastic seat tray rested my laptop, my journal, a coffee, a recently delivered ice water, and a half-eaten banana. The fact that I hadn’t spilled anything yet was already somewhat miraculous.

And then a woman pats me on the shoulder, looks into my eyes, smiles, and asks the question above.

I look down at my tray, then back at her, smiled and responded, Yes!

Shut my laptop. Closed the journal. Tucked the banana in my bag. Handed her my water. Picked up my coffee. Shut the seat tray. Grabbed my suit jacket off the middle seat. Unfastened my seatbelt and stood in the middle aisle like a clown balancing one-too-many items.

She sat down in the middle seat.

I sat back down.

Heather explained that she had heard me speak at a conference six months ago. She had bought a copy of my parents’ book Overwhelming Odds at the event and gave it to her kids for Christmas.  When my book ON FIRE was released in March, she purchased copies for her daughters, and additional copies for friends and family.  One of the copies was a gift for her brother.

Almost a decade earlier, her brother made a string of terrible decisions that tore the family apart. It damaged the family to such a degree, in fact, that her brother had not spoken to his parents since.

After years of separation, he wanted to return, to make amends, to say he was sorry. But he wasn’t sure he could.

As he and his sister had lined up to board the plane to his parents’ hometown earlier that day, he was having second thoughts about going. What if his parents wouldn’t forgive him? What if they could not forget? What if they didn’t want him back?

As he was preparing to step out of line and go back to the car, a guy walked up, smiled at them, and stood directly in front of them as they prepared to board the plane.

He looked at his sister, his eyes got big, and he asked quietly, “Isn’t he that guy?”

That guy, Heather confirmed, had just written a book that in part had given her brother the courage to even consider reconciliation. That guy had shared that miracles still happen, but we must be brave enough to look for them, bold enough to live into them and selfless enough to encourage others to experience them, too.  That guy had even included in the book a story about a family reconnecting after years of separation.

That guy, she said, is the reason that a few rows back a man is on a plane, rereading On Fire, and preparing to reconnect with his parents.

I don’t believe it was an accident that I got burned.

Or that I survived.

Or that I never told anyone about it until my dad got Parkinson’s disease and lost his job.

Which created the time and the space and the mindset for him and my mom to write a little book called Overwhelming Odds.

Which changed my life.

Which freed me to embrace terrible scars and brutal tragedy as the gifts they always were.

Which lead me to accept the reflection in the mirror and to begin sharing my story.

Eventually writing my own book and speaking out of town late on a Thursday night last week.

Which lead me to stand in line, groggy-eyed, early on a Friday morning next to a family looking to reconcile past mistakes and take back the possibilities of life.

No, friends, I don’t believe in coincidences or accidents.

What I know now is that there almost always comes a time when we look back and know exactly why something happened. It may not be exactly what we wanted or hoped for, but it has lead perfectly to where we are today. [Tweet this] | [Share on Facebook]

When we quit making excuses, stop blaming others and start waking up to the great miracle of our lives; when we embrace the sacred connection we share with others and boldly respond to opportunities, challenges and life with the answer “Yes” then we confidently are that guy and gal.

What is one moment in your life that you now see looking back has lead you perfectly to where you are? Share your story in the comments below.

It was December 23 and I was doing my typical last minute shopping for family. Christmas music was playing, Santa…