Tattoo Joy on Your Heart 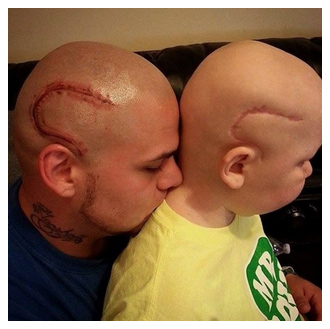 One of the most difficult aspects of enduring a childhood illness or injury is the feeling that even though others surround you, no one else fully understands your struggle.

For the parents of these children, one of their most heart-wrenching challenges is longing to do even more for the child, but the unfortunate inability to actually do it.

I certainly experienced this as my wonderful parents guided me through five months in the hospital and years of recovery as a child, but ultimately were unable to enter into therapy sessions or bandage changes or surgeries with me.

Two decades later I spent time as a chaplain at a children’s hospital and witnessed the loving desire of parents to do even more for their little ones.  They longed to take away the pain, switch places with the child, do things that ensured their children understood they weren’t on their own. But ultimately, it is an illness or disease or recovery the little ones must shoulder themselves.

And then this week I read a story of a dad whose child had been diagnosed with brain cancer. Almost two years into the journey the young boy had cancer surgically removed, but it left a massive scar on his scalp.

The scar made little Gabriel, just eight, feel like a monster.

Josh Marshall, the boy’s father, knew he couldn’t make the scar go away or force people not to stare, but he could do something that would remind his son that they were doing this together.

He did the one thing that would allow him to feel a bit of his son’s angst and remind little Gabriel that he wasn’t doing this by himself: he shaved his head and got a tattoo that exactly matched the thick scarring of his son.

Now when in public, rather than getting fewer stares, they actually get even more.

But rather than gawks of pity and sadness, the stares today are of awe, and respect, and great admiration for the courageous boy who continues to fight.

And for the father who reminds his son every time he looks up, that he is not alone.

My friends, perhaps more than anything else, we as individuals long to know that we are not alone.

On this day, tattoo this truth on your heart -in your words and through your actions- that shared joy is doubled and that shared sorrow is halved.

How will you help others realize that they are not alone? Please share in the comments below.

3 replies on “Tattoo Joy on Your Heart”

Manifest Your Monday — Choose Joy. We have to consciously look for the positives in a difficult situation. We have the choice!

I will help others know that they are not alone by sharing at meetings and also chairing meetings and telling my story.

Mary – in a marketplace that is more connected than ever before, but struggling with true relationship, connectedness and meaning than ever before, I thank you and encourage you to keep sharing your story. The best IS yet to come…that’s a tattoo worthy of spreading;-) . J 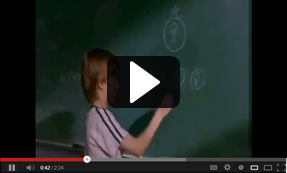 Here’s your video for Spark! Challenge Day 10! Not part of Spark! 21 Day Challenge to ignite your possibility? Join…

The Number One Joy Indicator

"If you change the way you look at things, the things you look at change." - Wayne Dyer Does it…

Are Your Eyes and Heart Open to See It?

"Everything has beauty, but not everyone sees it." - Confucius My day began early, driving through the darkness to a presentation…