Let Them Know You Love Them 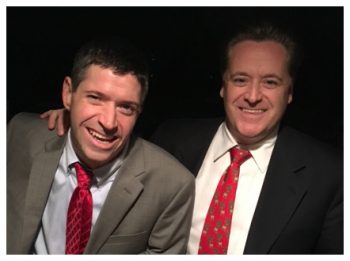 The Fourth of July likely rekindles memories in each of us from backyard barbeques, fireworks and funnel cakes.

In a reflective mood this morning, I’d like to share one of my most memorable experiences from this day – and why it matters to you.

Shortly after college, I bought my first home.

My brother Jim called soon after I closed on it. He asked if he could live with me for a few weeks while transitioning from the house he was renting into one he planned on purchasing. He was a successful attorney, was my only brother, and I was happy to have him move in for a while.

On July 4, 1999 with temperatures in triple digits and humidity so high it made breathing a chore, I helped Jim move.

Now, I’ve worked mowing lawns as a kid, bailing hay as a farmhand in high school, and remodeling distressed properties after college. I’ve endured various other labor-intensive jobs, but I’ve never worked as hard, as long and for as little as the day I moved him in.

We carried his workout equipment, free weights, and a never before used treadmill. We carried a giant wooden bar, a pool table, a massive dresser, and a beat up bed. We carried loveseats, couches, ottomans, end tables and bags and bags of junk.

After a brutal day in the heat, we finally finished.

Before we left, Jim took a quick walk through his old house to make sure we had grabbed all of his stuff. That’s when he saw his Christmas decorations hiding in the corner of the basement: Wooden reindeer, light strands, a box of ornaments and a giant Santa Clause. He called me over, handed me a few boxes of lights and one of the reindeer, looked at me and said, “Man, this stuff is going to look amazing at our Christmas parties.”

Well as it turns out, a “few weeks” turned into three years.

In other words, three years of living like brothers again.

And yet not once during the three years together did I thank him for saving my life decades earlier and for being my hero today.

There are so many people responsible for me successfully surviving the fire and thriving afterwards. And none of them would have had an opportunity to do their job, give their time, offer their prayers or encourage me forward had it not been for Jim’s heroism the day I was burned.

So on this Fourth of July, with Jim now living in his own house, with his own beautiful wife and three wonderful kids, I wanted to take the opportunity to not only reminisce on the day I moved him into my house almost two decades ago, but also the day he risked his life for mine.

My friends, as you race off toward family parties and fireworks, use the time with loved ones to not only chat about sports and idle chatter, but to let them know what they’ve done for you and mean to you.

Because what we do for ourselves dies with us. What we do and share for others remains and is immortal.

Who are you grateful for today and why? Share in the comments below and then go tell them directly!

2 replies on “Let Them Know You Love Them”

I attended my daughter’s graduation from Medical school in NYC few weeks back. Amongst that joyous moment, I discovered another gem in John O’Leary who was the keynote there. Thank you John for your continued inspiration.

Gene Stallings message is so powerful. To see your incredible child, fighting for his life and still being grateful is the ultimate demonstration of True strength.

Vaheej – Thanks for being there and congratulations to you and your family….What an achievement to graduate from medical school….and what an opportunity to make a difference in the world starved for it! Thanks for posting…and thanks for living the message. Stay on fire – J

What’s the best way to succeed in an argument, convert someone to see your perspective or win a battle on… 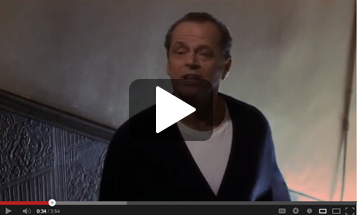 Here's your video for Spark! Challenge Day 5! Not part of Spark! 21 Day Challenge to ignite your possibility? Join…