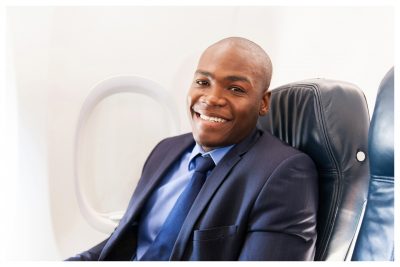 Have you ever witnessed an event that should have ruined someone’s day, but instead became a moment of uncommon grace inspiring all who witnessed it?

Well, on a recent early morning Southwest Airlines flight I had such an experience.

After reaching our cruising altitude, the flight attendants took the drink orders, passed out the peanuts, and then the requested drinks to the passengers. The lady sitting directly behind me was handed a Bloody Mary. (Hey, it was already 6:30 AM… and most certainly it’s 5 o’clock somewhere. Don’t judge!)

Unfortunately, the passenger lost her grip and the drink spilled all over the lap of the gal sitting to her right. It was not a pretty scene; there was a lot of commotion and a lot of words needing to be beeped out.

Another passenger came to the rescue, trying to help clean up the mess that was now seeping into the aisle. Unfortunately, she accidentally lifted the tray of the gentleman on the other side of the aisle.

Sending his freshly brewed cup of coffee into his lap.

And as if things could get no worse, concerned that he might get burned, the lady with the bloody mary actually took what was left of her tomato juice and poured it on his pants! It was a mess.

As the carnage eventually began to subside, I watched this unlucky victim wipe at his hopelessly drenched pants. And they witnessed a most unexpected expression on his face: a smile.

A flight attendant was apologizing profusely to him as he looked up from his pants, into her eyes, smiled again, and shared a quote I’ll never forget:

“It’s only coffee… and tomato juice.”

My friends, things will happen this morning and this week completely out of your control. It will be hot…or cold. It will rain…or the drought will continue. She’ll be late, or he won’t show. The kids will whine, or the silence will be deafening.

But because of my new friend, we now have a simple reminder on how to respond. Not to wish that life becomes less messy, but to become wise enough to remember that it’s all only coffee… and tomato juice.

I am excited to read It's Not Just Who You Know by Tommy Spaulding with you in July! Tommy is…