The Power of the Honey Wagon Lesson 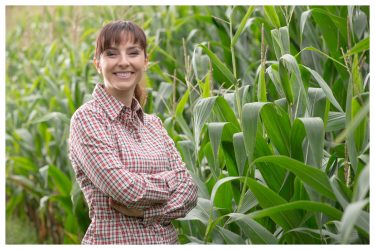 “Scared and sacred are spelled with the same letters. Awful proceeds from the same root word as awesome. Terrify and terrific. Every negative experience holds the seed of transformation.” – A. Cohen

Have you ever heard of a honey-wagon?

Until a high school summer job introduced me to one, what it does, how it works, and why it really matters to each of us. Let me explain.

Perhaps the most strenuous job I’ve ever had was working as a farmhand during two summers in high school. Raking fields. Bailing hay. Painting barns. Feeding animals. The day started at sunrise and ended at sunset.

Although I’ve worked across various industries, been employed by several companies and spent the past 18 years as an entrepreneur, I’ve never worked anywhere near as hard as those two summers.

Yes, the 80-hour weeks on the farm were grueling; but also transformative.

I learned about nature and weather. I learned how to interact with people from wildly varying backgrounds. I learned how to use a chainsaw, drive a tractor and operate a forklift. I learned to live on my own, cook for myself and even do laundry in a bathtub.

And I learned about the honey-wagon.

A man named Wayne pulled it behind his tractor to our farm. He’d collected manure from local hog farms and loaded it into a van-sized container called the ‘honey-wagon.’ Wayne then added water to liquefy the compound. He’d then pull the concoction behind his tractor, spreading the nutrient-rich and stank-smelling mixture across the fields.

It reeked for days on end and for miles around, but that fertilizer ensured that the soil would be ripe with nutrients, the crops would grow and the harvest would produce bountiful yields.

My friends, what does any of this have to do with your business, relationships, life?

It’s simple: the “worst” stuff was used as a foundation to ensure the best stuff could grow; what most viewed as only rancid waste was used as rich fertilizer.

This is true not only on a farm but also in life.

Adverse times birth resilience and grit, demand a change in attitude and call upon us to do more than we thought possible. [Tweet this] | [Share on Facebook]

Growth frequently hurts, but the “stinky” challenges of today, are fuel to produce the mighty harvests of tomorrow.

Today, as you wade through a field of challenges, remember the power of the honey-wagon.

Thanks to my dear, wise friend Don Eggleston who helped me to see this story in a new light recently.

1 reply on “The Power of the Honey Wagon Lesson”

John. Thank you so much for this wonderful reminder. My wife and I sent our twin girls off to separate colleges 3-4 weeks ago, and while the transition has been tough on all of us, it is very helpful to remember that this is the time when they are really going to become their own people. We have spent the last 18 1/2 years helping them grow. Now is their time to finish the process and become the amazing young women we know they will be.

The Best 'Lesson Plan' is Love

"The most powerful weapon on earth is the human soul on fire." Marshall Ferdinand Foch Often we feel ineffective or…