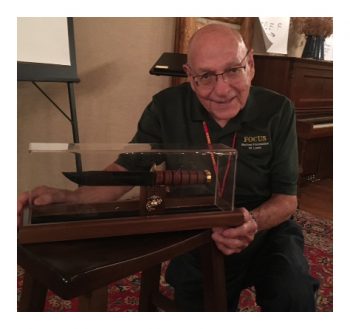 Walt, with the KA-BAR he presented to John for serving FOCUS Marines.

“What we do for ourselves dies with us. What we do for others and the world remains and is immortal.” – Albert Pike [Tweet this] | [Share on Facebook]

Each year I have the honor of speaking at my favorite nonprofit in Missouri, the FOCUS Marines Foundation. They serve men and women who enlisted for their country, fought oversees, came home, but continue to battle PTSD, survivors’ guilt, depression and physical injuries.

FOCUS gathers marines together for eight days on a beautiful ranch to connect with others and learn skills to grow physically, emotionally, professionally and relationally in order to begin living again.

One of their founders is named Walt Suhre. Walt enlisted with the Marines over six decades ago. He served his time, then graduated law school, worked hard for years and retired. His life has been an example of how the motto shared by marines, Semper Fi (Always Faithful) isn’t just a phrase echoed while in active duty, but one exemplified through the remainder of their lives.

Rather than simply retire and strive to improve his golf scores, Walt has continued to volunteer, impact and encourage. Even as he advances in his twilight years, he tirelessly and enthusiastically serves others less fortunate than himself.

I asked Walt why he remains so generous with his time, talent and treasure. With the ever-present grin he wears, he replied that others had helped him, it’s fun to help others, and there remains a mighty need.

I learned recently that Walt’s time as executive director for FOCUS is coming to an end. He’ll be shifting duties to another leader, and remain in supportive roles within the group. To celebrate this wonderful man and friend, I’d like to share one of my favorite poems.

It’s titled The Bridge Builder and was written by Will Allen Dromgoole. It reminds us that we can all still make a difference, there is still a mighty need, and the time has never been greater to knock down walls that separate and build bridges that unite.

An old man going a lone highway,
Came, at the evening cold and gray,
To a chasm vast and deep and wide.
Through which was flowing a sullen tide.

The old man crossed in the twilight dim,
The sullen stream had no fear for him;
But he turned when safe on the other side
And built a bridge to span the tide.

“Old man,” said a fellow pilgrim near,
“You are wasting your strength with building here;
Your journey will end with the ending day,
You never again will pass this way;
You’ve crossed the chasm, deep and wide,
Why build this bridge at evening tide?”

The builder lifted his old gray head;
“Good friend, in the path I have come,” he said,
“There followed after me today,
A youth whose feet must pass this way.
This chasm that has been as naught to me
To that fair-haired youth may a pitfall be;
He, too, must cross in the twilight dim;
Good friend, I am building this bridge for him!”

My friends, we’ve all had others build bridges for us with great love: parents, guardians, siblings, teachers, rabbis, bosses, friends, children and strangers.

Today, pause and give thanks to those who came, risked, built and invested in us. We certainly could not have “crossed the chasm vast and deep and wide” without them.

And today, let’s remember there are many more following that may struggle crossing. Let’s serve like Walt and seek opportunities to build bridges for them, too.

8 replies on “The Bridge Builder”

Love this, John! So grateful that our paths have crossed, and that you came to speak to our company last week in San Diego. Your message was truly life-altering. Thank you.

You’ve given us all a great deal to think about, and to think about it in an entirely different way. We are so blessed and so fortunate to “get” to do what we do. Thank you for that perspective and that reminder.

Heidi – thank YOU for being here, for being open to the message last week and for ALL you do. Stay on fire J

Walter was a 2010 Ageless Remarkable St. Louisan honoree. This is a program by St. Andrew’s Resources for Seniors System that honors people over 75 who are still doing remarkable things with their lives. He certainly deserved the Honor.

Inspiring poem with words so true and meaningfull. It motivated my heart even more to take every opportunity to always be a bridge builder.
Carole

John,
My grandfather, a wonderful, funny gray haired man, taught me this poem over 30 years ago! He passed away at age 85 in 1989. I am taken back to sitting with him on his front porch enjoying a coke float every time I read it! Bridge builders come in all shapes, sizes, ages, races, sexes….and they all make an impact that is never erased. Thanks for the great reminder to continue serving others.
Louis

Louis the bond you had with your grandpa, sounds like a very special guy. Thanks for sharing, stay on fire and keep building bridges! J

John, this poem is awesome! I’m using it in my prayer-time with fellow teachers this AM. I love how this makes me think about how I (we) are not planted here for ourselves but to love God and each other well. Sometimes I forget that my efforts in my “job” serve a bigger picture than just a reflection on the job that I do. Off to build bridges….thanks for the reminder, Sir!

Love that you are sharing it with your fellow teachers – hope it got your week started on the right foot. Thanks for ALL you do for your students and beyond. Stay ON FIRE! J

"Am I not destroying my enemies when I make friends of them?" ~ Abraham Lincoln “He’s frequently a pain to… 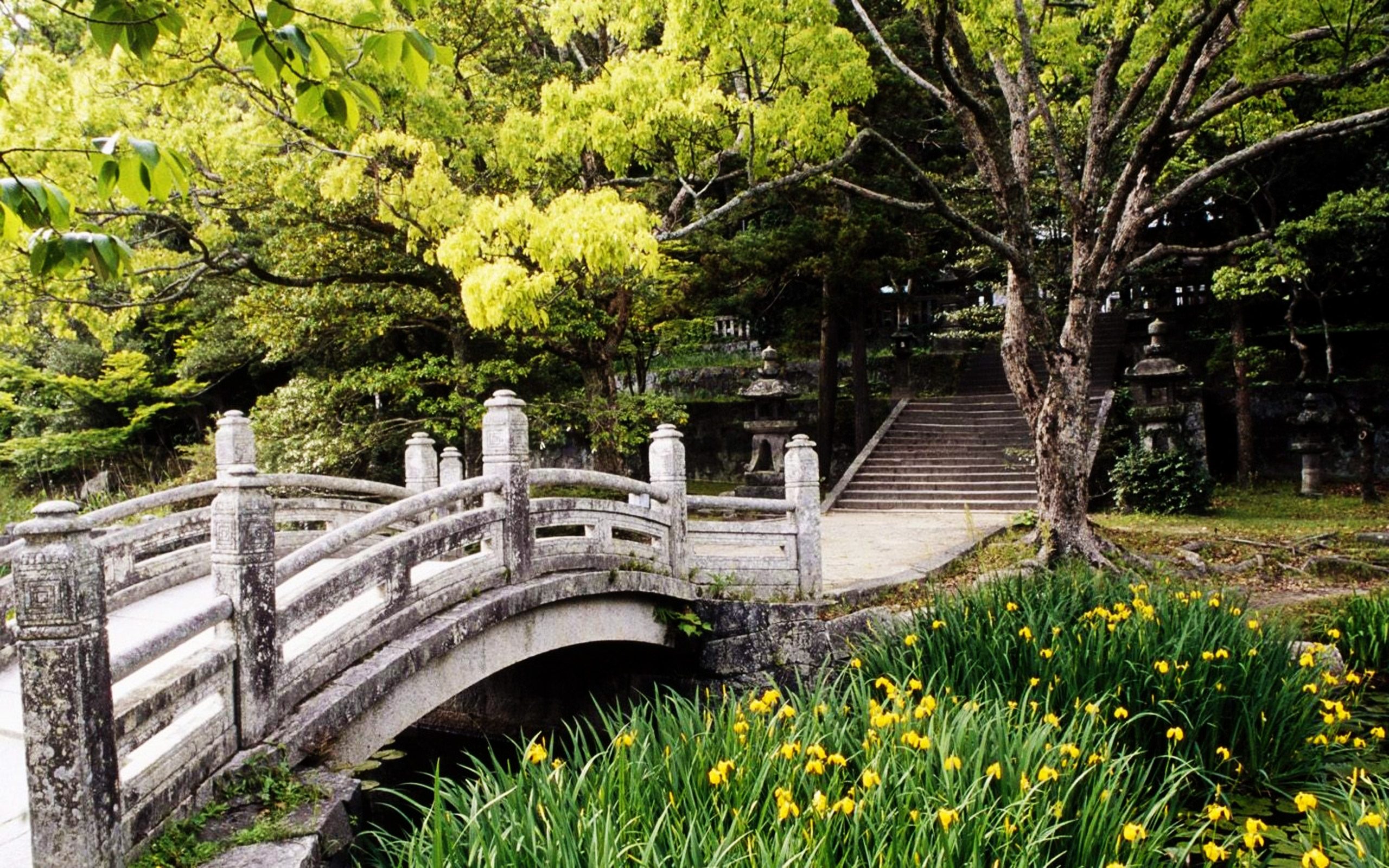 Here’s your poem for Challenge Day 9! Not part of Spark! 21 Day Challenge to ignite your possibility? Join here.…