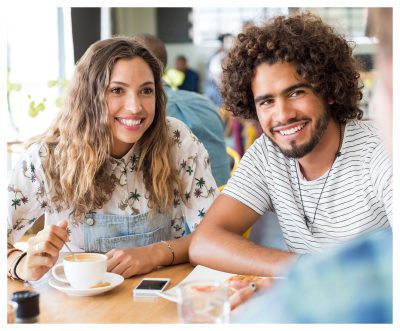 “You cannot truly listen to anyone and do anything else at the same time.” – M. Scott Peck

It was late on a Friday afternoon.

I’d been traveling most of the week, had a busy week of travel to come and was aware of how behind I was on several projects at work.

I ran into the house, I grabbed my three boys, strapped them into their car seats and raced toward a family party. Although I’d left work, my mind had not.

Patrick, about six at the time, was filling the car with chatter. There was a long silence, followed by these words, “Dad, why are you not listening to me. I am talking to you.”

The little man was buckled into a four-point harness system, totally immobilized and stationed directly behind me in the car. He had only a view of the top of my head, his brothers to his right and the passing traffic to his left.

Yet somehow, by looking into a 2-inch rear-view mirror he was able to not only see me but know I wasn’t really listening. What broke my heart was knowing he was right.

I gazed back into the mirror, looked back toward those big, bright brown eyes and told Patrick that he was right, that I was sorry, but that I was definitely listening now.

My friend, we know when we are being heard, don’t we?

We know when others are paying attention to us. We knew it when we were six and we most certainly know it today.

In a recent conversation, I was taught a new way to really hear what others are saying. Let me explain.

Kathy Buckley is a comedian, author, and motivational speaker. She’s a cancer, trauma and abuse survivor. She’s been ignored, misdiagnosed and mocked. And yet she exemplifies grace, forgiveness, courage, and perseverance beyond anyone I’ve ever met.

She was also born hearing impaired. But no one knew it.

It wasn’t until she was eight that Kathy was finally diagnosed as being hearing impaired. For eight years she just had no idea she was different than other kids; no one understood why Kathy struggled so much. When she received her first hearing aids, she heard noises and voices she’d never even known she was missing.

I interviewed Kathy for the Live Inspired Podcast (Listen here. It’s a stunningly compelling story that will inspire you to see, hear, live and forgive more fully.) and asked how she got by all those years without being able to hear.

Kathy shared that she compensated by looking closely at the people she was speaking with. She learned at a young age to not only read lips, but to read people.

Kathy now considers her hearing loss to be a gift.

Not being able to hear what most people hear, she believes, has strengthened her ability to see what most people don’t see. Because she watches people speak, she hears the words spoken not simply from the mouth, but through the tension in the face, the movement in hands and the position of the body. That focus on really seeing others has allowed her to get by in school even when she couldn’t hear anything, and today enables her to thrive in life.

My friend, as you prepare to race off to parties, bake cookies and wrap presents this holiday season, take a moment to learn from Kathy. Slow down and actually enjoy the moment; stop thinking about the past challenges or the list to do later.

Choose to genuinely be present when you are in conversation with people. Listen carefully. Watch intently. Care more deeply.

On this week's Live Inspired Podcast Monday Moment segment, John O'Leary reminds us of the importance of listening. “Listen with curiosity.…

And yet we must first listen...

A battle cry for our times. How do you respond to those with differing views than yours? As conversations become… 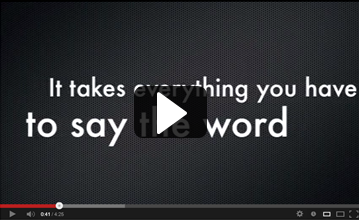 Not part of Spark! 21 Day Challenge to ignite your possibility? Join here. On my radio show I had the…