Do the Little Things Well with Don Yaeger 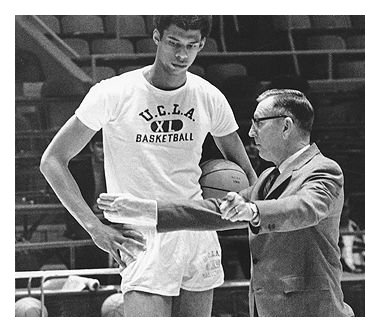 “Without devotion, action and knowledge are cold and dry, and may even become shackles.” – MK Gandhi

As my grandma ages, she’s realized that the best thing to do with the stuff she’s collected over the past 90 years is to give it away. She delights in the joy it provides her family.

During our last visit, I finally surrendered and took something of her’s home with me. Able to choose between paintings, a grandfather clock and other beautiful items, I chose something of significantly less value: a small bronze replica of the Marines raising the flag on Iwo Jima.

To me, the little statue represents not only the best of “The Greatest Generation,” but also the best of my grandparents, themselves.

In looking at the statue I am reminded of my grandfather’s Naval service in the Pacific, his reunion with his young bride years later and the challenges and joys they experienced raising kids and growing together. When I look at my bronze figure, I am reminded of the power of sacrifice, selflessness, and commitment to causes bigger than self.

In a recent conversation with a friend of mine, Don Yaeger, I was reminded that this type of commitment allows us to raise flags of victory and, more importantly: Lead lives that matter.

Don’s had access to the most successful athletes and coaches of our time through his work at Sports Illustrated: Michael Jordan, Coach Mike Krzyzewski, Walter Payton and others (yeah, I know, he’s kind of name dropper!), I asked who he considers the most inspiring, effective leader he’s ever met.

In 1948 Wooden became the head coach at UCLA. It was not the prestigious program it is today. UCLA had no history of success, struggled to attract athletes and played in an outdated gym. Over the next 30 years under his leadership, UCLA amassed more than 600 wins and 10 national titles.

Don shared that what made Wooden successful as a coach was how he taught his players to commit to doing the little things well. Coach Wooden cared deeply about the way his team wore their uniforms, passed the ball, set picks and treated one another.

And for him, the attention to excellence mattered both on and off the court.

It’s easy to count wins on a scoreboard or NCAA National Championship banners in an arena, but Wooden was equally driven to be a winner at home.

As a freshman in high school, he met his future wife. Over their 60-year relationship, Wooden’s commitment to his wife was steadfast. When Nellie died in 1985, he was crushed, but still deeply in love and resolutely committed.

Soon after she passed, he visited her gravesite and wrote a love letter about his experiences over the past month: How badly he missed her, what he remembered best about her and his continued love for her.

The following month he visited her again. And he wrote her another letter.

He continued the tradition of visiting his wife and writing her a love letter every month until his own death more than 25 years later.

My friends, realize that raising the flag of victory in all facets of life requires sacrifice, struggle, forgiveness, and commitment to something bigger than yourself. [Tweet this]

Today I challenge you to realize what all successful coaches, players, business leaders, parents, spouses, and friends know to be true: Without devotion, action and knowledge become cold and dry, and may even become shackles.

Embrace the possibility of this practice not just by staring at a bronze statue or 10 NCAA banners, but in your relationships, your business, and your life.

Surround yourself with excellence & that's what you'll become. Today we have on our show Pulitzer Nominated author of 25…

It was December 23 and I was doing my typical last minute shopping for family. Christmas music was playing, Santa…