Get Unstuck (Change or die) 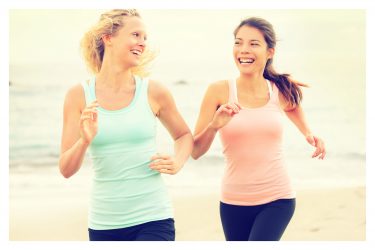 “The secret of change is to focus all of your energy, not on fighting the old, but on building the new.” – Socrates [Tweet this] | [Share on Facebook]

If those were your only choices, would you embrace the necessary, potentially difficult transformation required to live? Or, would you persist with status quo, assume your fate and accept death?

That was the question posed in a book I enjoyed a decade ago by author Alan Deutschman. The book’s daring title is, by the way, Change or Die.

The answer seems so obvious.

In theory, if we were presented with the choice as dramatic as life or death, of course, we’d make required changes, right?

Contrarily, Change or Die shares research analyzing everything from diets and relationships to corporate structures and prison recidivism, sharing that the reality is very different. Patterns in our relationships, diet, work, and life are so ingrained that the vast majority of us are more willing to quietly slip into the night than to boldly change and live.

Ah, but there is hope!

Surprisingly, what we’d think would be the most likely catalyst for causing change, fear, doesn’t work. Fear may create short-term tweaks in behavior, but it has little bearing on long-term decisions or sustainable results.

(I was reminded of the difficulty of forming new habits during my most recent Live Inspired podcast interview with Christine Hassler, a bestselling author and counselor. She spent much of her life chasing someone else’s dream until she made up her mind to change her path and today: She empowers thousands of others to do the same. Check it out here.)

So, change or die?

The choice between the two extremes is simple. It’s just not easy.

Choose today to lean into others and create an accountability system for each other. Together, you can choose to replace life-depleting habits with those that spark creativity, health, vibrancy, and life. (I’m launching Live Inspired Studio for this very purpose soon. Sign up to learn more and get updates.)

Because, ultimately, the secret of change is not in fighting the old, but in focusing your energy on building the new.

1 reply on “Get Unstuck (Change or die)”

Advice That Could Change Your Life

All of us, at certain moments of our lives, need to take advice and to receive help from other people.…

"Words create worlds." - Don Eggleston Yesterday I had the pleasure of celebrating Father’s Day with the greatest man I…