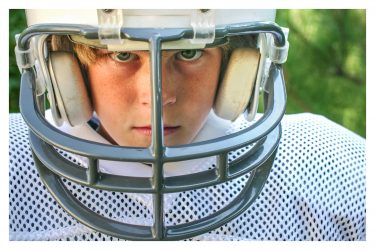 What habits are you helping to instill in the people you care about?

I thought about this question during my most recent Live Inspired Podcast.

As a sixth grader, my guest decided to try out for football. He made the team, but realized quickly life would have been better if he had not. You see, Andy was significantly smaller, slower and less athletic than the other kids.

This realization set in during his first practice. Andy got crushed by the bigger, faster kids. He went home that afternoon, bruised, sore, dejected and told his dad that he was going to quit the team.

Andy’s dad refused to let him quit. His father explained that he had made a commitment to the team, and when you make a commitment you don’t go back on it. More than that, he shared that quitting becomes a habit – and this was one habit he wasn’t going to let his son begin.

It was just as bad. Andy limped off the field, into his father’s car with a desire to quit even stronger than the day before. And yet, his father refused.

This pattern continued throughout the entire season. Andy begged. His dad refused.

At the end of the season, Andy learned that his father’s heart broke every time he dropped him off at practice, picked him up from it or looked into his eyes as he begged, yet again, to quit. But he held fast to his belief: If you quit on your team as a kid, you’ll quit on more important things throughout life.

It was a painful lesson to learn as a boy, but one he’d need to rely on just a few years later.

At age 19, Andy’s life turned upside down. His mother died from cancer and a few months later – while still processing this loss – his father was killed in a car accident.

Without the guidance of his parents, overwrought with grief and rudderless in life, Andy quickly slid downward. He made poor choices and, within a year, was homeless.

But he didn’t quit.

While living under a bridge, Andy met a man named Jones. Jones encouraged Andy to utilize his time by reading biographies. Andy rented three books from the library on extraordinary individuals. Once finished, he borrowed three more. He used that season of his life to read more than 200 biographies.

The more Andy read about great individuals, the more he realized they all shared principles that galvanized their character and served as the foundation of their success. After identifying these unifying principles, he applied them in his life to get off the street.

But he didn’t stop there. Andy catalogued the seven principles in his first book and shared his book with dozens of publishers. Each rejected it.

In the midst of rejection, Andy leaned into his father’s timeless wisdom: Persist without exception.

Andy connected with one final publisher who gave the unknown, Alabama author with no home address a chance. Today, The Traveler’s Gift is considered a classic, is translated into dozens of languages and has sold millions of copies. And the author, Andy Andrews, has now written more than 20 additional books and shared his story live with audiences around the world.

Although Andy’s parents died when he was a young man, the lessons they taught about commitment, courage and attitude remain with him today. The lessons an undersized, uncoordinated 6th grader learned during a difficult football season continue to encourage him to have unwavering commitment in every season of life.

(To hear my interview with one of my favorite authors, Andy Andrews, check out my Live Inspired Podcast. You’ll love his contagious enthusiasm for life! Listen here.)

So, what habits are you helping to instill in the people you care about?

Inspiring our partners, children, coworkers and neighbors to become the best version of themselves is seldom easy and rarely popular. It’s frequently easier to quit – or to allow them to quit.

But quitting becomes a habit. Perseverance becomes a habit, too. And we get to choose which habit we foster not only in our lives, but in the lives of those we love, work with or mentor. [Tweet this] | [Share on Facebook]

1 reply on “Perseverance Becomes a Habit”

Great blog and so true John. Quitting is a horrible habit and hard to break once started. This should be mandatory reading for all parents (and kids). Thanks for sharing.