Skip to content
Home | Blog | The Opposite of Wishing with Brian Vander Ark
Monday Motivation | April 3, 2017

The Opposite of Wishing with Brian Vander Ark 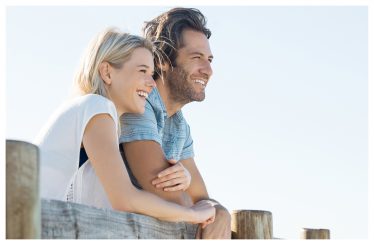 “We often take for granted all the things and people that most deserve our gratitude.” – C. Ozick

I end every Live Inspired Podcast episode by asking our guest the “inspired 7” questions.

The fourth question is this: “If you could sit on a bench on a beautiful day, overlooking a beach and have a conversation with anyone, living or dead, with whom would you like it to be?”

From more than twenty guests, we’ve had amazing answers including transformatively powerful figures in spiritual movements, historical events, politics, and literature. Including:

However, in my most recent interview, Brian Vander Ark’s answer was different. Let me explain.

Brian grew up in Michigan, loved playing music and occasionally performed live shows at the local Holiday Inn bar. His early audiences were sparse but his talent was undeniable. He eventually rose to fame as the singer for the band The Verve Pipe. Their massive smash hit from the late 90’s, Freshman, made Brian an international star.

That song skyrocketed Brian to success. Eventually, though, he discovered the fame was fleeting and the fortune was gone, but the lessons from the rise – and fall – remained.

Today, more humble, wise and grateful than ever, Brian continues to play with The Verve Pipe and enjoys success in his solo career as a musician and speaker.

As we approached the end of our time together on the show, I asked Brian who he’d most want to spend that time on the bench overlooking the ocean with?

He’s rocked out with everyone from Gene Simmons from Kiss to Paul McCarthy from the Beatles. He’s well-read, well-traveled, extremely creative and curious. I was excited to learn who he’d pick. Without even pausing Brian answered:

(Before you chalk him up as being sappy, listen to the podcast. You’ll love his candor, his creative process, and his impromptu guitar performance. Listen here.)

My friends, so many of us long for things and people we don’t have.

We spend many of our days at work longing for a different job. Many of us spend entire careers dreaming about retirement. We spend time thinking about the house we wish we lived in, the way we wished our kids acted, the people we wish were closer to us, the lives we wish we had.

Brian challenged me – and each of us – to absolutely pursue dreams, but also to savor the relationships and gifts already present today. [Tweet this] | [Share on Facebook]

Because, ultimately, who better to have a long visit, on a beautiful day, watching the waves crashing, than with someone already closest to us.

This is your day to stop taking for granted all the things and people that most deserve gratitude.

If you were on the Live Inspired Podcast and I asked, how would you answer: “If you could sit on a bench on a beautiful day, overlooking a beach and have a conversation with anyone, living or dead, who would that person be?” Post in the comments below and tell me why you chose that person. Can’t wait to continue the conversation!

24 replies on “The Opposite of Wishing with Brian Vander Ark”

What comes to mind first is the person who was hated by so many and killed because of the hatred but had a huge capacity to love and forgive in spite of it. It is Jesus Christ and he has already changed my life with His gift to me of salvation but to have him to myself on a bench overlooking his creation …that would be awesome!

I would sit on that bench with my mother and father. My mom died 6 years ago as the church bells rang on Easter day. Another angel gets its wings. .. Anyway I degress. My mother was my mentor, my hero and my friend and I miss her madly but being able to see my 91 year old father looking at the love of his life one more time would be the greatest gift I could ever receive.

As an alternative to a sentimental choice as many others have beautifully offered, I would want to sit with Paul a.k.a. Saint Paul from the 1st century. I would want to know what he thought of Christianity’s development and ask him to comment on so many things happening in our world.

My grandmother. She died in 2009. I would ask her about our family history and record it. I would ask her about her cake recipes and jot them down. I would tell her I miss her and kiss and hug her. And I would make sure she knows that I appreciate all she did for us and how proud I am of the legacy she left the family.

Tonya, what a beautiful share. Thank you for it and for ALL you do. Through the honor and love you have for your grandma, you inspire us all to be more loving to our own. Have an awesome day. J

I would love to sit with you, John! I recently read “On Fire” and I have not been the same ever since. My son passed it on to me and I read it in two nights. I have been sharing your story with everyone I know and meet along the way. Most of my life I have struggled with depression and anxiety. The last 2years have become unbearable. I have tried so many medications, therapy, ECT and just completed 36 treatments of TMS. Nothing has worked. The last two years Ihave not been able to experience any joy. I am 69, married with 3 children and 7 grandchildren. I have been blessed. Your unbelievable courage inspired me. The words “The time to be brave is now” has become my mantra. If you could endure all the horrific pain that you went through, I have hope that maybe I can accept my challenges that seem to have taken over my life. I hope that I do someday get the opportunity to meet you. God bless you and your beautiful family.

Hi Jodi, wow, I am honored and would love to join you on that bench. So happy to hear that ON FIRE has given you some perspective and hope. Stay ON FIRE, Jodi. And in case you haven’t heard – I am going to be doing live, virtual events each month starting in May. Registration opens soon for a limited time – learn more here: http://www.JohnOLearyInspires.com/InStudio (Its not quite a bench, but joining you in studio sounds like a good plan b!)

Good morning, Geraldine! Were you wanting your email address added to our email list?

I would love to have a drink with Harry Truman and discuss World War II.

That would be awesome… thanks for sharing, Janet! J

My Mom. She died of heart failure in her early fifties. There are so many things I want to ask of her and wished she was there for things that happened in my life. I sat in the hospital all night for weeks but she was always kept drugged up waiting for a new heart. I would talk to her hoping she was hearing me, but you never know. I always tell those close to me that I love them and even my dogs every time I leave the house. I don’t want to ever have the “wish I had told them” feeling if possible ever again.

What a beautiful share, Jim. Thank you for it, for sharing your love with in your life each day and for ALL you do. Stay ON FIRE brother — J

I would love to sit on a bench on the beach overlooking the ocean with my late husband. He loved the ocean and the beach. He passed away 8 years ago and I miss him more now than ever, as do our sons. We had a wonderful life and losing him at 64 years old was crushing. We just weren’t finished with our life, but I know God took him for a reason. We talk to him every day and ask him to look out for us and the grandkids.

One last family reunion, how wonderful the idea of that is. Thank you for sharing with us Rita. How blessed your family is to have a wonderful angel looking out over you. Love to you and your family. J

This one definitely hit home for me. My first answer to question 4 would be to sit with my Dad who’s been gone for 6 years, then it would be my husband, daughter and all my loved ones. You’re so correct that who is better to spend that time with. It’s true that I would be amazed to sit and share a discussion with the prophets and great thinkers in history. But, I would feel the most love with my family. I spend a lot of time away from them now pursuing these dreams and goals I have. I’m learning that I need to cherish all the time I can with my loved ones. Thanks so much for keeping us inspired!

My dad. He had dementia for the last 5 years of his life. Somehow I know he was still somehow aware of us but I miss that I didn’t have just a little more lucid time with him. Thought provoking question, John. Thanks for the inspiration.

I know you asked for “anyone”, but I would answer my family. My six boys aging from 11 to 21 and my wife. I learn and grow with them everyday and it is amazing to me that 22 years into a marriage, we do not have a boring moment.

Beautiful, thanks for sharing, Kenny! J

If I could sit and talk to anyone, it would be Jesus. Just to be in his presence would be amazing but to think I could actually speak to Him and ask questions is even better.

Awesome — thanks for sharing, Karie! J

I would sit with my brother Eric, who we lost on August 8 last summer. I would ask him about Heaven and tell him all the things that I wish I had told him before he died. And I would ask him to have that private talk we arranged a few days too late. Eric was my friend, my adviser, my beloved brother. I miss him.

Diane, what a beautiful conversation this would be. Thank you for sharing and for all you do. Eric is looking down on you proudly. Stay ON FIRE! J

Live Inspired Vlog #116: "We Have So Many Gifts Already" with Brian Vander Ark

"When it comes to life, the critical thing is whether we take things for granted or take them with gratitude."…

Ask John: Wishing Ill Will on an Ex?

Can You Put Your Name On It? Reflecting on Brian Buffini