It Starts with You 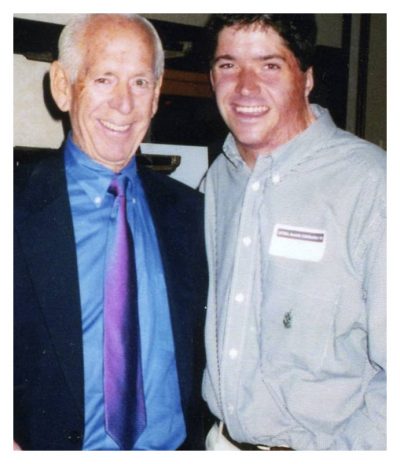 “Do your little bit of good where you are; it’s those little bits of good put together that overwhelm the world.” – Desmond Tutu [Tweet this] | [Share on Facebook]

(Excerpt from my #1 National Bestselling Book ON FIRE. Get a copy with code Buck for 10% off today.)

He entered into it just a few days after I was burned. The odds of surviving remained overwhelmingly slight.
Because of the high likelihood of infection, the only individuals allowed into my room were essential staff members and my parents. At the time, there was a strict rule: absolutely no visitors.

He’d never met me or my family. He’d simply been told that a little boy in the community had been injured, faced long odds, and needed some encouragement.

That was enough for Jack.

He was unprepared for the beeping, the warning lights, the respirator’s loud gurgling noises, the little boy stretched out on a bed wrapped literally head to toe with bandages. I later learned his first visit was so short because he became so emotional he could no longer speak. After telling me to keep fighting, he left the room, ripped off the scrubs and broke down weeping in the hallway.

A nurse came over to comfort him. After all, they didn’t get celebrities in the burn center every day. And they certainly couldn’t have the biggest celebrity in St. Louis breakdown on the floor!

He left the burn center with this information. Jack had done his good deed. He had visited a dying kid in the hospital. He owed me nothing.

…The day I was burned, the news of our fire and the seemingly insurmountable odds against a little boy’s survival spread quickly. Years before social media, this tragedy went viral in our community. Neighbors, friends, and family members were the first to learn. They’d then share with others, encouraging prayers and action for this family that had lost a house and was likely to lose a child.

In one life-changing example, my next-door neighbor called a friend, who told another friend, who shared the news with her neighbor Colleen Schoendienst. Stoking the fire, she then called her dad and asked if he would keep a little boy from our community in his prayers.

That phone call changed my life.

Colleen’s father, baseball great Red Schoendienst, went to a charity event that night. He sat next to his friend Jack Buck and mentioned that a little boy was not expected to live after being burned earlier in the day. That was the extent of the conversation.

But it was enough.

The impact of a simple spark is profound. Sometimes the smallest actions, words, and deeds transform lives. Certainly, the short visits and encouragement from Jack Buck changed mine.

But it really wasn’t just Jack, was it?

Without his sharing the news, Jack would never have known, never visited, never inspired me. So the credit goes to Red. Well, actually, it wasn’t Red, either. It was Colleen.

Or was it her neighbor?

Or my next-door neighbor?

My friend, we frequently cheapen our ability to influence radical change. We underestimate our personal ability to be a spark that ignites and influences the world in profoundly important ways.

We possess the ability and opportunity to positively and permanently effect change around us. Simple action and ordinary people change the world. It starts with one.

It starts with you.

But you have to pay attention.

Did you read ON FIRE? Please leave your review on Amazon so more people can discover it and get inspired, too.

1 reply on “It Starts with You”

How we impact people and most times we don’t really even realize it. God works in mysterious ways.