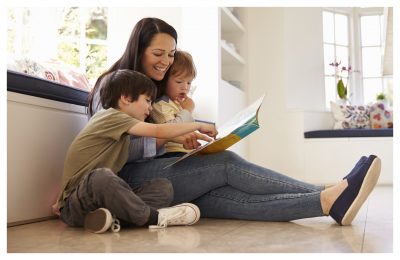 Have you noticed that sometimes the most important lessons take years to sink in?

Perhaps it was something your music teacher mentioned in grade school, a coach’s advice from high school or something your parents repeated that made sense only when you became a parent.

Regardless who teaches the lesson, or when it registers, sometimes you have to be bold enough to not only learn the lesson but to reopen the experience years later. Let me explain.

Ben Newman is a successful guy. By age 28, he was named one of the top financial planners in the world. Five years later, he shifted careers from helping clients manage money to inspiring them to manage the life they lead and impact they have.

Today Ben, who is a personal coach, speaker, and bestselling writer, is clear that all the awards gracing his office don’t compare to his greatest success: His marriage and two children.

He credits the foundation of all of his success to the lessons he learned from his greatest teacher: his mom, Janet Fishman Newman. A few of the most profound lessons include:

What makes these quotes remarkable is that they weren’t spoken, but rather written in Janet’s journal during the end stage of her battle against inoperable cancer.

At just seven years old, Ben knew his mother was sick when she stopped tucking him in, and he started being the one who tucked her in. He lost his mom 11 days before his eighth birthday.

The strength she demonstrated during her fight, grace she revealed through her adversity and love she modeled daily were all part of the legacy she provided her son.

But there was something else she left behind. Ben didn’t even know it existed until more than 10 years later.

At age 20, back from Michigan State, Ben’s grandma gave him a gift that changed his life.

She handed him a box. He opened it, reached inside and grasped an old journal. Ben read the first page, realized what he was holding and burst into tears. The memories were still too raw, too painful. Ben placed the journal back in its box and placed it on a high shelf.

Years later, with the encouragement of his wife, he unsealed the box and opened his mother’s journal.

Through tears, he gained new insight into her courage, strength, and wisdom. He began to more deeply grasp the lessons she’d taught both during her life and her death. Perhaps most importantly, he began utilizing those lessons to positively impact others. (The journey of Ben’s life is the topic of my recent Live Inspired Podcast. He’s passionate, entertaining and bright. You’ll love the conversation. Check it out here!)

In finally opening the journal, Ben’s life began to grow, expand and elevate the lives of others. It turns out that frequently our deepest wounds also give life to our greatest gifts.

My friend, our legacy, in part, is what we leave behind: Our finances, home, children, impact. But more than that, it’s how we spend our time during the years we are here.

“Your time is limited, so don't waste it living someone else's life. Don't be trapped by dogma — which is…

Impact Others Through the Way You Live It's been said that legacy isn't what you leave for people. It's what…