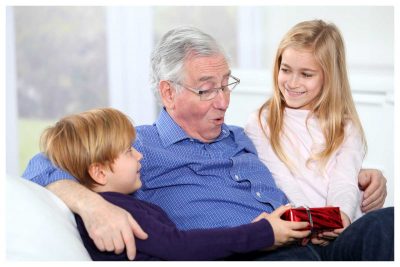 Generosity as a Competitive Advantage: What to give (and what not to give) in business and in life

“You have not lived until you have done something for someone who can never repay you.” – John Bunyan

When you grow up poor, you notice when people are generous.

One example was a gentleman in his town named Paul. He was a business owner, coach, father and pillar in the community. He gave freely of his time, talent and finances; expecting nothing in return.

Paul was so beloved that others longed to be generous to him. It created a virtuous loop that made Paul, the individuals he served, the business he ran and the entire community even more successful.

Paul’s example taught John about radical generosity, gratitude as a business advantage, the compound interest earned on persistently giving more than you take and how satisfying it can be to celebrate relationships and make those around us feel appreciated.

One Question to Ask to Give the Best Gifts

Consider this: When the majority of people buy gifts for a birthday, wedding, anniversary or as recognition for an employee or customer, they ask themselves: What’s appropriate? What’s expected? Or, if we are honest, what’s the least I can give and not look bad?

John learned early on to ask a completely different question. Rather than ask, “How much do I have to give?” we should ask “What’s the most I can possibly give?” John was so inspired by this subtle shift that he started a business to help businesses and individuals embrace generosity and gift well.

(I sat down recently with John Ruhlin to discuss generosity, gifting, his mentor and his life. Before the craziness of holidays and the gifting season approaches, join us to discuss ideas for intentional giving in ways that will help you elevate those you live and work with and 10 practical ideas on what not to give! Join us here.)

My friend, generosity can be offered in many ways – all of which can be transformative for the recipient and the provider. It can be as simple as holding a door open or offering a kind smile, a little encouragement or a complimentary word. It can be the gift of volunteering or simply being fully present to another.

While it’s true that when you’re poor you notice when others are generous, it’s also true that we’ve all endured seasons of feeling poor. We’ve all struggled at work (or been between jobs), in a relationship (or with the constant tug of loneliness) and with meaning (or with the nagging question of if our life really matters).

We’ve also been fortunate to encounter the Pauls of the world. Someone who came into our life – sometimes just for a passing moment – but changed us through their example.

Turns out you haven’t really lived until you have done something for someone who can never repay you.

Who’s your Paul? In the comments below, share one example of someone who modeled radical generosity in action.

My 10th grade Algebra Teacher. She gave of her time by inviting me to be tutored after school. With a few weeks of going in after school two days a week, I went from failing her class to earning an ‘A’. The boost to my self-esteem and my grades was more than I could ever repay.

When does John speak at Mizzou in October?

Ask John: How to Become a World-Class Leader

Every Tuesday on Parade.com, John answers one question on how to live an inspired life. This week, Emily asks John…