Do the Little Stuff 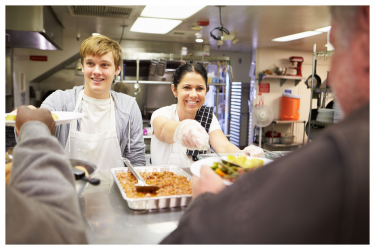 “Few will have the greatness to bend history itself, but each of us can work to change a small portion of events. It is from numberless diverse acts of courage and belief that human history is shaped.” – Robert Kennedy

In 1910 Anjezë Gonxhe Bojaxhiu was born in the small town of Skopje, part of the Ottoman empire. Her father died when she was eight and her family endured significant financial hardship.

At 18, she became a nun and moved to Calcutta, India. There, she taught children in relative obscurity for almost two decades. Upon making her final vows, she assumed a new name: Teresa.

Moved by the poverty that suffocated the school and greater community she asked for permission to serve the poorest of the poor.

Serving the Poor: A Movement Begins

Having nothing financially, she begged for food and money, took what she collected and provided whatever care she could to, in her own words, “the hungry, naked, homeless, crippled, blind, lepers, all those people who feel unwanted, unloved and uncared for throughout society.”

Serving humbly in the slums of Calcutta, she began to draw followers.

A few people joined her.

Then a few more.

Over the next six decades, these simple acts of serving in spite of overwhelming odds added up and became a movement. This modest Albanian nun and her acts of great love attracted thousands of like-minded sisters, serving in hundreds of missions and operating in more than 100 countries around the word.

Mother Teresa received countless awards for her service including the Nobel Peace Prize.

(I thought of this the unbelievable story recently while interviewing Dina Dwyer-Owens for the Live Inspired Podcast. She’s been on Undercover Boss, strives to make the world better and has a terrific story you won’t want to miss. Check it out here.)

How Mother Teresa’s Example Can Impact Your Life Today

It turns out shifting societies, building businesses and shaping history is seldom achieved in doing the big stuff. Instead, it’s in humbly and faithfully doing the little stuff. [Share on Facebook.] | [Tweet this.]

As you race into your week, set mighty goals for yourself, your family, and your team. Dream wildly about what is really possible in your business and community.

Then, be wise enough to embrace the truth that the biggest achievements frequently begin through the most ordinary people, doing the most modest tasks, in the most surprising of places.

Yes, the road may be difficult and the climb steep, but – in the words of one of the greatest change-agents for good from the past century – “Do it anyway.”

3 replies on “Do the Little Stuff”

Needed to hear this today! Thank you!

John O’Leary reflects on Mother's Day and the important role his mother, Susan O'Leary has played on the Live Inspired…

"Cleaning your house while your kids are still growing is like shoveling the walk before it stops snowing." Phyllis Diller…