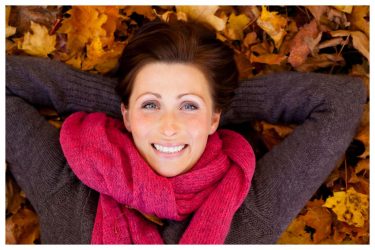 “Contentment does not mean that I desire nothing. But rather, it’s the simple decision to be happy with what I have.” – P. Rollo [Tweet this.] | [Share on Facebook.]

Jim Martin was a successful man.

Driven to succeed since he was a child, Jim excelled throughout his schooling and graduated near the top of his class from the Wharton Business School. Jim’s success was rewarded with a high-paying job at a Fortune 100 company that encouraged his continued excellence by paying for continuous education with other top performers.

He lived in New York, had a wonderful lifestyle and great friends. He enjoyed more status, income and success than he’d ever imagined possible.

And yet he was utterly unhappy.

To alleviate the heavy discontent, he began meeting with a counselor. After several meetings, the counselor asked a question that Jim credits with transforming his life. Getting nowhere in the meetings with Jim in regards to what would actually make his current work and life even better, the counselor pushed back from the desk, leaned back in the chair, looked at Jim and asked:

One simple question to transform your life

“What would you do if you could do anything you wanted to?”

Unprepared for the question, Jim shut his eyes, reflected for a moment and responded with an answer that surprised them both: Become a Jesuit priest.

Jim wasn’t raised in a home that actively practiced a specific faith and he wasn’t practicing as an adult, but he had met a few Jesuits who impressed him with their intellect, faithfulness and love.

As important as the first question was for Jim and is for each us, it was the second question that lead to his transformation.

“Ok, then what are you going to do about it?”

How Fr. Jim Martin created a life of contentment + how you can too

In response, Jim researched the work, mission and life of the Jesuits and met with a few Jesuits he knew. His search ultimately resulted in leaving behind his successful corporate life to become a Jesuit priest, taking a vow of obedience, abstinence and poverty. And he’s never felt more successful.

Jim has written more than a dozen books, been published in dozens of languages, and is a frequent commentator for CNN, NPR, Fox, Time magazine and The Huffington Post.

In spite of the massive success of his work today, everything he makes is shared with his community. In some regards, he’s never had less control over his money, time or life… and he’s never felt a deeper sense of contentment in his life, either.

(Fr. Jim Martin was my recent guest on the Live Inspired podcast. He shared his story, transformation and keys to success regardless of our positions in life. It’s a fascinating interview that you’ll love. Check it out here.)

My friends, what would you do if you could do anything? How might you teach differently in class, heal more effectively as a nurse, lead more boldly as a manager or love more fully as a friend, partner or spouse? How might you live more passionately, more freely and more joyfully as an individual?

Ok, so what are you going to do about it?

It’s important to remember as we ask and answer these questions each day that the goal we ultimately seek is much closer to contentment than some vague notion of success. “Contentment does not mean that you desire nothing. Instead, it’s the simple decision to be happy with what you have.”

In a world striving forward in the same direction, sometimes it’s wise to be courageous enough to swim in an entirely different direction.

Answer in the comments below: What would you do if you could do anything you wanted to?

1 reply on “Transform Your Life”

I would create a dog rescue. But not just any dogs. The ones
who need some rehabbing before they can be adopted. The fearful ones, the beaten
the ones no one wants, the black dogs. the Pitbulls. The disabled. THOSE are the
ones I want to save. I want to have programs with prisons, to help the men and women
AND the dogs learn to love and trust again. The ones that are killed by the thousands because
they aren’t perfect and need time and love.