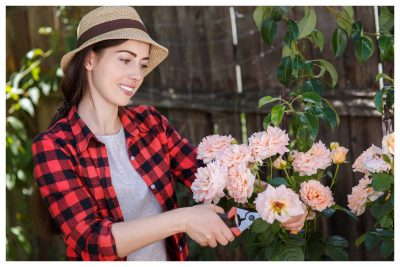 A Simple Question to Get Unstuck

No one likes waiting.

Observing behavior in airports reminds me of this truth.

For a flight recently, I checked in, snaked through security to the gate and then waited for a new crew to board and prepare the plane. Once in our seats – a few minutes past our departure time – an announcement informed us we’d be waiting for passengers from a delayed flight.

Fifteen minutes after our planned departure, a few weary travelers raced onto the plane, dodged the eyes staring angrily and took their middle seats. We were finally ready to go!

The pilot thanked us for our patience and shared we’d be waiting a few more minutes for the bags of the delayed passengers. The gentleman to my right shook his head and barked, “What’s next?!”

In fairness, it’s a question we’ve all asked after a long, challenging day when we just want to get home.

But what if that question wasn’t asked with clenched fists or from a place expecting something else to go wrong? What if instead, we asked “What’s next?” with open hearts, minds, and hands? What if we asked it in such a way that we were better able to embrace the gift of the moment, possibility before us and potential to soar higher – regardless of the delays and difficulties that might come our way?

Let me show you the value of asking this question in this way… and what it will mean in your life.

Apply the Positive “What’s Next” Theory in Your Life

After years of struggling with Parkinson’s disease, my dad was forced to retire and reimagine his life. In asking, “What’s next?” he and my mom finally wrote the miraculous story of how our family came together after the seemingly tragic fire. They printed 200 copies of the book to share with friends and family. Overwhelming Odds has since sold 60,000+ copies.

One of the first readers was the mother of a third-grade girl. After finishing the book and asking, “What’s next?” she invited me to speak at their Girl Scout troop meeting. Although I’d never spoken at an event before and had no idea what to discuss, I nervously accepted.

Feeling a calling after the troop meeting, I asked a simple question: “What’s next?” In the decade that’s followed, I’ve spoken 1,600+ times to almost 1,000,000 individuals around the world.

Wondering how we could positively impact even more lives, we asked the question, “What’s Next?” and in 2016, an unknown author quietly published a book into the firestorm that was the presidential election news cycles and a saturated book market.

ON FIRE was an instant #1 National Bestseller, sustained traction and sold more than 120,000 copies, was named one of the 7 Most Motivational Books of 2016 by Inc. and has been translated into 12 languages.

Desiring to not only share my story but to push back negativity in the marketplace by sharing the incredible stories of others, we again asked, “What’s next?”

The answer arrived in the form of the Live Inspired Podcast. Launched just 12 months ago with guests ranging from Laila Ali to Dave Ramsey; from Joe Buck to my own mother, the podcast hit the top-20 for Business in iTunes and Inc. has been downloaded more than 650,000 times.

(Several guests on the podcast shared that the best, most impactful book they’ve read is Richard Bach’s Johnathan Livingston Seagull. After asking, “What’s next?” we researched Richard, contacted him, shared that his book continues to touch lives, and asked the world-famous author if he would be our guest on the show. Soaring into his 8th decade, Richard shared life lessons, the unlikely journey of his book and what he’s been up to since it first took the world by storm in 1970. At the end of our visit – and with 60 years of wisdom since – I asked what he’d tell his 20-year-old self. His answer is beautiful. Check it out here.)

My friends, what’s next for you?

The question can serve as a heavy weight around your neck. It can be asked with fists clenched, curse words flying, hearts cold, anger about what happened, what’s happening or what might be hiding around the next corner…

Asked differently, though, it’s a sail that untethers you from restraints. Asked correctly, it unshackles you from distractions, frees you to limitless possibility and liberates you to boldly soar forward in life.

Ultimately, you are free to complain because a rose bush has thorns. Or you may choose to rejoice because those thorns have roses.

What’s next?
My team members shared that Richard Bach’s books had a profound impact on them, too. If there is an author you’ve been moved deeply by, please share in the comments below. We’re always asking “What’s next?” and looking forward to bringing a friend from a favorite book alive through our Live Inspired Podcast.

Thank you for such a great message today. Another author I am just becoming familiar with is Hal Elrod of “The Miracle Morning.” This books has an interesting flow after just finishing your book “On Fire” which I was so fortunate enough to have received a copy from when you spoke to our Monsanto group in October.

Don't Wait until Next Year

"Each day provides its own gifts." - Marcus Aurelius [Click to Tweet.] “Is that all?" It’s an innocent enough question.…

The Death of Next Time

"You define what is important to you by what you dedicate your time to.” - J. Sprinkles Last week…

We All Fail: What Happens Next Is Important...

"It's perseverance that's the key. It's persevering for long enough to achieve your potential." - Lynn Davies Last week, I shared…