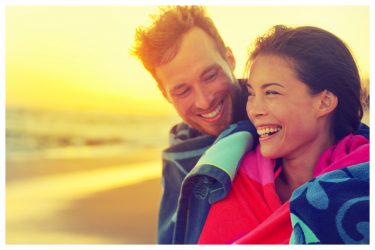 It was at a conference in Chicago.

I was the opening keynote speaker and was about to take the stage. The room was packed, lights low, mood subdued.

It was early 2008 and we were in the midst of the subprime mortgage crisis. Real estate was tanking, the stock market was plummeting and unemployment was skyrocketing. There was very real anxiety that we were on the cliff of a global depression, leaning forward, about to fall.

I was invited to remind a room of financial and business advisors that their work still mattered, their individual lives were important, their decision to fight through their adversity critical and their willingness to believe the best days remained in front of them was compulsory.

To be honest, it was a downtrodden group, many were at a meeting they didn’t want to attend, working in a global marketplace they felt was doomed.

All of this filled my mind as an AV technician pulled me aside a few minutes before I took the stage. He took off his headset, spoke a bit frantically and asked, “What song do you want played when you get introduced?”

I’d never before had anyone offer walk-up music. Considering the group and their challenges, I asked him to play Alive Again Matt Maher.

The song begins with a soft, low, sad voice of a guy who is clearly lost, but he quickly transitions into one that is renewed, recommitted and rocking out.

The first few lines of Alive Again are:

‘Cause I can see the light
before I see the sunrise

The song progresses and challenges the listener that the very thing we search for, is in reality, seeking them. That our desire for success, fulfillment, even love won’t be found sprinting angrily forward, out of breath, flailing at everything, but by slowing down, opening our hearts, shutting our eyes and breathing slowly.

(I thought of this recently while talking with the one and only Matt Maher. As gifted as he is as a musician, he’s an even better storyteller, person and man. If you feel a bit discouraged and want your darkness shattered, check out my recent Live Inspired podcast episode with Matt Maher. He’s funny, vulnerable, and rocks out. Listen here.)

My friends, in the midst of mass shootings, fears from the Korean Peninsula, hardships globally, challenges professionally and adversities personally: It’s time to heed the advice from Matt’s music.

Today, wake up. Slow down. Breathe in. Breathe out. Give thanks for all you have. Begin to feel that you are alive again.

And then get back on the dance floor of life knowing that the best days remain in front of you.

If you were about to give a keynote, what would your walk-up music be? Please share in the comments below. Can’t wait to hear from you!

My walk up song would be “The Great Adventure” by Steven Curtis Chapman. Love that song. Especially the beginning! John, your podcast with Matt Maher was my favorite so far! Great interview! Merry Christmas to you and your family!

I just recently delivered a speech at our Iowa Association of Electric Cooperatives and used the theme song from Zootopia; I won’t give up by Shakira.

We heard you last week in St Louis; thank you for being you 🙂

Would You Do It Again?

Choosing How to Respond to Trauma The most powerful weapon on earth is the human soul on fire. -Marshal Ferdinand…

Happy Wednesday, friends! Every Wednesday, I record a short video blog to encourage you to: Live Inspired. Today's vlog offers…