It’s Not About You 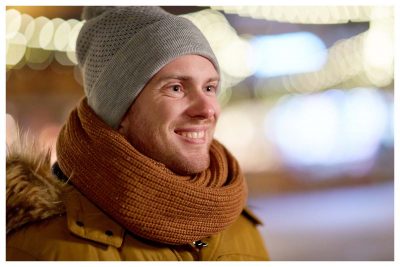 “The purpose of life is not to be happy. It is to be useful, to be honorable, to be compassionate, to have it make some difference that you have lived and lived well.”- Ralph Waldo Emerson

It’s not about you.

These are the first four words of one of the bestselling books of all time.

Through the principles put forward by Rick Warren in The Purpose Driven Life, we are reminded that in order to discover what most stirs our heart, ignites our passion and elevates our lives: We must begin with the surprising truth that it’s not about us.

In other words, to gain the best of our lives we must let go of the reigns and stop believing that it’s all about our lives.

While visiting with my friend Matt Emerzian recently, he shared how embracing and living this paradoxical truth changed his life. Let me share how it might change yours, too.

Upon graduating from UCLA with his MBA, Matt got a dream job. Hired as a senior vice president at a major music marketing company, he worked directly with the biggest celebrities in the world. Matt was extraordinarily well-compensated and spent his free time hanging with the biggest names in showbiz at the most exclusive parties. He was on top of the world.

Yet he felt as if he was at the bottom of it.

How Volunteering took Matt Emerzian from Depression to Self-Discovery

Matt found that all of the success, parties, and fame did nothing to fill a gaping hole in his life. He was unhappy, unfulfilled and became clinically depressed.

After numerous counseling sessions, he was given a simple book to read to help him on his path to give his life more meaning. The first four words surprised him: It’s not about you.

This viewpoint was one that this athletic, handsome, successful Hollywood guy had never even considered. Until that point in his life, candidly, it was all about him.

In asking his counselor what it meant and how to live it, Matt was challenged to participate in a simple volunteer activity. A week later he was given another volunteer activity. Week after week, Matt found himself spending a couple hours every Saturday serving food in shelters, repainting decrepit houses or simply picking up trash. To his surprise, it became his favorite part of the week.

Slowly, Matt realized he’d invested his time, energy and career thus far on things that didn’t make a significant difference. He decided to change his life to ensure he was focused on things that mattered.

Matt slowly shifted into an inspired, selfless, generous guy who savored his time investing into the lives of others. What began as a simple weekly exercise from his counselor, became one of his favorite hobbies. Today, his service has blossomed into a global movement, impacting more than a million lives and a daily reminder that every person matters.

(To hear how Matt made this shift, the impact it’s had and what it means for you, check out my most recent Live Inspired podcast. It’s a deeply moving conversation reminding us that what we did yesterday doesn’t have to define how we live tomorrow. Listen here.)

Want to achieve greater success, impact more deeply and savor an even better life than the one you have today? Want more vitality, vibrancy and joy? Me too!

It turns out the greatest returns in life are rarely discovered in what we receive, but in what we give. Because, ultimately, we don’t long to be merely happy. We desire to be useful, honorable, and compassionate. We yearn to make some difference.

What better time to start than now.

The Purpose of Life

Life-Enthusiast Bob Goff on How to Help Others Feel Truly Alive “The purpose of life is to live it, to…