Skip to content
Home | Blog | Get What You Want
Monday Motivation | February 5, 2018

Get What You Want 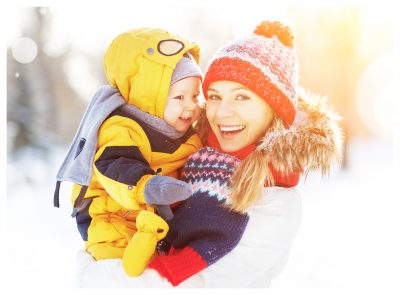 We all possess skills or talents that set us apart.

One of mine is the ability to crank out delicious, fluffy, golden waffles. This makes me extremely popular on Saturday mornings.

After enjoying a recent waffle feast with my kids, we took turns gulping milk to see who could produce the best milk mustache. Glancing at a few spills and dirty faces, I was reminded of the old “Got Milk?” commercials.

Which then made me think of a question an audience member asked me recently: “What do the most successful leaders and businesses have that the rest of us don’t?” Or, in other words, “What is it they’ve got?”

Have they got more smarts?

This is a partial list we frequently attribute to those who get the most done, enjoy balance, have the greatest success and simply seem happier than we are.

However, after speaking with more than 1,600 organizations, to almost a million individuals and personally meeting with thousands of leaders, I’m far from convinced that they are smarter or luckier than us or possess rare talents the rest of us don’t.

In fact, I believe there is a much simpler, easily replicable recipe they follow. These three steps can be followed by each of us to grow personally, succeed professionally and thrive in life:

1. They got clear. Have you ever considered the massive gap between having unclear wishes and clear goals? Rather than vaguely desiring something they don’t have, the highest achievers are clear on where they are, where they want to go and what is required to get there. While desiring to increase profitability, have more free time or lose weight are all worthwhile, they’re not specific enough.

Don’t ambiguously wish to lose weight. Instead, be clear that you’re going to lose 15 pounds in the three months by: Exercising for 45 minutes, four times a week; saying yes to water instead of soda, and saying no to dessert with dinner. The clearer we are with our goals the less likely we are to bend or make excuses.

2. They got the WHY. Those who are most effectively advancing in life are clear on what they want, and more importantly, on the underlying why behind it. Having a goal with a compelling, vital purpose keeps you motivated during the difficult times.

The simple act of asking why something needs to be accomplished provides fuel for the journey forward. Why do I desire to lose weight? Why should I strive to create a budget? Why invest the time to expand spiritually? When we know the why behind our actions, commitments and goals, we can endure the litany of setbacks certain to follow.

3. They got help. Have you noticed that steady progress in one facet of life – or a quantum leap forward in another – almost never happens solely through individual effort? We typically can’t make and sustain change by ourselves. When I was recovering from the fire as a kid, passing a nearly impossible class in college, or launching my own businesses, all were accomplished thanks to the help of others. I’ve never achieved significant, sustainable success on my own. It’s unlikely you have, either.

So don’t attempt to go it alone. Ask for help. Meet with a friend. Join a small group. Get an accountability partner. Not only will it keep you on track, the simple act of partnering with someone will inspire them to advance toward their goals, too.

(The idea of receiving help while advancing through adversity came up during my most recent Live Inspired Podcast with Marc and Angel Chernoff, who spent the last 10 years writing and teaching how to find lasting happiness and success. After tragedy struck, they began a blog to hold themselves accountable as they moved forward. Today, it is recognized by Forbes as one of the most popular personal development blogs and is followed by more than 100,000 people. Their story is fascinating. Check out our conversation here.)

Desiring More Starts With Wanting What You’ve Got

If there are aspects of your life you’d like to improve, consider following the three steps above.

And perhaps most importantly: While you follow these three, don’t miss an often overlooked, critical ingredient. Embracing the truth that you already “got” enough.

John shares how one man is living inspired by choosing to wear both a uniform and a cape. Learn what…

Why are you climbing the ladder?

“Work hard, but make time for your love, family and friends. Nobody remembers PowerPoint presentations on your final day.” [Click…

“Some see things as they are and ask why. I dream of things that never were, and ask why not.”…