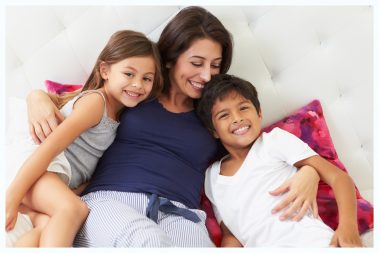 One Question to Discern What Truly Matters

“And now here is my secret, a very simple secret: It is only with the heart that one can see rightly; what is essential is invisible to the eye.” – Antoine de Saint-Exupery, The Little Prince

At the end of every Live Inspired Podcast episode, I ask my special guest the “Live Inspired 7” questions. One of these questions is: Your house is on fire, all living things and people are out. You have the opportunity to run in and grab one item. What would it be?

This question quickly helps the guest to identify one item that really matters to him or her.

With guests from around the country and world, comprised of influential leaders, prodigious writers, renown celebrities and ordinary heroes, the answers inspire me. Here are some of my favorites:

(I thought of these and many other remarkable responses on my most recent Live Inspired podcast when Marcus Adrian, an architect and extraordinary thinker, shared that he’d run in to grab a quilt made by his grandmother and great-grandmother. Hear the profound reason why he chose the quilt, and our entire conversation, here.)

So what does this have to do with you?

My friends, we spend a lifetime earning, climbing and collecting.

And yet, when we’re placed in a position to grab what actually matters, it isn’t the big stuff we seek out. We let the 60” flat screens televisions, expensive automobiles, flashy jewelry, and even the house itself, burn. What we want to save is the stuff of meaning; the items that attach us to our past and provide hope for our future.

Let this be a reminder: As you pursue excellence and climb the ladder, remember not to confuse collecting lots of stuff with enjoying the stuff that actually matters. [Share on Facebook.] | [Tweet this.]

So, your house is on fire, all living things and people are out. You have the opportunity to run in and grab one item. What would it be? Share in the comments below and one lucky winner will receive a signed copy of On Fire and a shout-out on an upcoming podcast episode!

15 replies on “What Really Matters”

I would grab my Grandmothers bible. To know she turned the pages, read the inspiring words within and wrote little notes is so very special to me. She is the best person I have ever known and miss her dearly.

Over the years my mom has given me several small things. But above all, she gave me Personally written recipes. She was an incredible cook – I believe she’s probably fed most of St. Louis, and she put so much love into her food. My mother, Joan Buschmann , passed away last April. I would run into the house for her hand written recipes.

Thinking about this question has been interesting. The old saying that “opposites attract” is alive and well in our home. My husband is quiet and observer and I am loud and love to be in the middle of everything. Along those same lines – he keeps EVERYTHING and I toss EVERYTHING and keep saying that no one can take the memories away from you. The practical side of me says to grab the “important papers box” so the hassle to replace them all will be easier but the emotional side says to grab the picture box – these pictures will have pictures of many of the items we “treasure” within the photograph and so we can reminisce about the past through the photos.

Pictures of my son, who I lost when he was just about to turn 18. He gave most of his possessions away to his friends and kept very little. God gave him a bigger heart than he could contain. So, I have very little to physically remember him by. A lot of his friends wore my son’s clothes that he gave to them to his funeral. I thought that was an awesome way to remember their friend and my only son and my only child.
Pictures of my sister, who I lost 2 years ago to pancreatic cancer. She was and is still my best friend. She could always make me smile no matter what kind of day I had. I cherish that I have the ability to listen to her voice on my cell phone to hear her tell me that today will be a better day!

my stuffed Stephen Bear. I made him at Build-A-Bear and named after my brother Stephen who passed many years ago. Reason-a reminder that he is with me always. Since I would have room for a couple more in my arm load I would grab Pepere Bear (my dad) and Grammy Bear (my grandmother) who all sit on bed and bring a smile to my face every day.

I would have to go back and grab my memory box. Its has every note, ticket stub, and other memorabilia from the 7+ years my husband and I have been together. Given enough time I would have to grab my husband’s My Buddy and my Kid Sister dolls from our childhoods. We love that they’re a matching set like we are.

My jewelry box, not because it has any expensive jewelry in it, but because it’s where I keep all the special little notes from my kids and gifts they made me over the years. These things are irreplaceable and the memories they represent are so special to me.

I would grab a choker necklace that has red beads. Why? Because when I was a single mom and every penny counted, my mom said let’s go to Macy’s and go shopping. My reaction was “mom I can’t afford anything at Macy’s”. She said “come on, I have a coupon and we can just go look”. Well I fell in love with this necklace and it was on sale. When my mom went to use the coupon, the necklace actually ended up being free! Our big joke from then on was how could I NOT afford to shop at Macy’s. My mom has been gone now for 12 years and that necklace reminds me of her and the day we just laughed and laughed. Yes, it is the small items that mean the most and not the expensive items at all.

My beautiful wife! She is a gift from God. My relationship with Jesus is already within me.

Mike Foraker, When I was 10 years old, I was given a pocket watch that belonged to my Great Grandfather who had worked on the railroad. When ever I had a major event, my marriage, graduations, kids graduations,
my children’s marriages, going to see a new grandchild etc. I had that pocket watch with me. The watch was an intentional reminder of just what a special event and Blessing I was about to partake in. The watch has been in my possession for over 53 years.

My Bible that was Mom’s before she died It has notes that show her suffering and her joy with her reliance on God through it all.

I contemplated this for awhile as I don’t collect a lot of “stuff”. About 25 years ago I actually had to evacuate my apartment in downtown Dallas due to a bomb threat on the federal building. At that time, I was faced with this question & I chose my pictures & writings as that’s all I had then that meant something more. My grandfather died a couple years later. He was my inspiration & my mentor. He had a CB radio in each vehicle on the farm, one in his room, his tinker-trailer & his workshop. I now have the one that was in his house. We talked on these all the time when I was a little girl. When my grandma was dying she had asked each of us what things we wanted to have. This was my choice. I would choose it again today.

My mother just passed last month from colon cancer and I’m an only child so I have the pleasure of going through her stuff. One never realizes just what kind of stuff you or anyone else collects until you are forced to sort it out. I am finding that mom kept just about everything from cards I made or gave to her, to other little trinkets. Forced to choose, I would take my baby blanket that was handmade by my great grandma. I used it until I was about 5. It reminds me of the security and warmth I felt with her. I even pulled it out for a short time when my son was born.

I would grab my journals, because they are full of life, both joys and sorrows, plus prayers with their answers. They contain the story of a life leaning toward God, and scriptures matched with those moments. Normally I would say my Bible with all it’s markings; however, I have the Bible on my phone, and my phone would already be in my pocket, so I’d still get to grab something!

My Mother and Grandmother were just plain totally awesome cooks! Everything was fresh, home grown, canned, picked, or cut. They were both incredible bakers. My grandmother gave my mother her Cast Iron Bunt pan that is the same age as me 62 years old, and it makes the most beautiful pound cakes you’ve ever had. (Plus they passed down the special recipe). My grandmother gave it to my Mom, and when my Mom past away at 87 six years ago this month, she gave it to me. With all of my worldly blessings this is the one thing I would run back into the burning house to get!! It is totally priceless!!

The Things I Learned After Losing my House in a Fire…Twice “The things that matter most in this world, they…

“It's the action, not the fruit of the action, that's important.You have to do the right thing. It may not…