The Gift of Turbulence 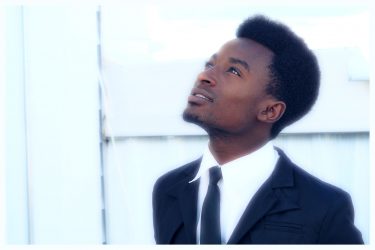 How Times of Trouble Remind Us to Be Grateful

It happened less than 30 minutes into the flight.

Our plane hit an invisible bump and we quickly plummeted downward. A loud crash, then the decline violently gave way to a climb back up. More bumps rocked the plane side-to-side, each more violent than the one preceding it. As luggage compartments popped open and items fell out, the captain’s voice frantically urged the flight attendants to take their seats immediately.

The gentleman to my right said loud enough for everyone around us to hear, “I wish they’d told us this would be our last flight. I probably wouldn’t have boarded it!” It was spoken in humor. But there was a bit of truth in it, too.

Moments later the ordeal ended. It was less than 30 seconds of violent shaking. No one was injured, things calmed, the turbulence ended, overhead containers were shut, the flight continued.

Having flown more than 1,000 times, in the midst of the shaking, as bags were falling and fellow passengers were anxiously gasping, I tried to look steely-tough, unfazed, unafraid.

In reality, I was terrified.

But oddly, the most intense fear I had was the painful reality of how much I’d taken for granted.

As we returned to smoother air, I thought through all the things I’d already experienced that morning that were worthy of being counted as gifts. I quickly typed them down:

This all happened before the first bit of turbulence hit at 6:57am. And I had snoozed through most of it until the turbulence finally woke me up.

I hadn’t paused – not even momentarily – to say a prayer of thanksgiving for any of it.

I didn’t contemplate that throughout the night my heart beat more than 1,000 times by itself, in spite of my lack of effort or gratitude for it.

I hadn’t pondered the gift of a warm bed, my wife’s presence, or my children’s health.

I hadn’t paused to be in awe of the marvel of technology – or the grandeur of nature.

And I hadn’t slowed down to be roused by the promise of the morning, the hope within a new day, the chance to do better, the opportunity to make a difference, to savor, to reflect, to celebrate, to create, to experience.

(Each week I interview guests ranging from business owners to thought leaders, from humble servants to amazing overcomers. They inspire us through their stories to wake up and truly live. This week we welcome our friend Joel Boggess onto our Live Inspired podcast. He’s got a terrific story, attitude and heart. You’ll love him, and he’ll remind you to be grateful again for everything within your story. Check it out here.)

How To Recognize the “Little” Gifts in Your Life

It seems we most commonly recognize what we have when it’s been taken away. We finally realize how fortunate we once actually were when business enters a downturn, we lose our job, the relationship falls apart, the car won’t start, we get sick, our child becomes ill, or things fundamentally change.

Today, rather than recognizing how blessed and lucky you were when something is taken away, strive instead to slow down, take a deep breath, and open your eyes, your ears, and your heart to the magnificence that is your life.

Allow the momentary turbulence of this essay to awaken within you a profound sense of gratitude for all you have, all you’ve experienced, and all that remains possible going forward.

Then utter a simple, powerful prayer: Thank you.

What are three things this morning you’re already grateful for? Share them in the comments below. I look forward to reading your lists!

21 replies on “The Gift of Turbulence”

I am grateful for another day on this great big planet, another chance to serve my Father.

I am grateful for a healthy family.

I am grateful that I have a job to go to this morning.

Thank you for the reminder to adjust my focus. Life is precious as are so many small moments each day.

I’m most thankful for my salvation made only possible by Jesus Christ when he died on the cross for me!
Also for health that I can work every day and a job to go to!
A fabulous family that I love!
Many things that would take forever to list!

Awesome – thanks for sharing your abundant gratitude, Ruthie! Stay on fire for life and with gratitude – J

I’m thankful for Jesus my Lord and Savior.
I’m so thankful for my family. Husband, two daughters, two son in laws., and Three grandsons!

I’m also thankful for you John OLeary and your Monday blogs that help remind me of what is really important and the attitude of gratitude!!

AWESOME – thanks for sharing. And I am grateful for you, too, Becky! Thanks for ALL you do. Stay ON FIRE! J

Thanks for sharing your gratitude and for all you do, Randy! J

Keep that gratitude alive, Marla! Thanks for sharing it with us — J

For Jesus Christ, who died on the cross so that I may live eternally with Him in heaven.
For my loving husband, that I thought I would never have, that appreciates every little thing I do.
That God allowed me to live to see my children grown and raising families of their own.

Leigh – beautiful. Be sure to share this with your husband so he hears that beautiful gratitude, too. Have an awesome day and stay on fire — J

The blessing of waking up in a warm home in a warm bed, my wife laying next to me who loves me unconditionally, the stories of those I care for today at work in this busy ER.

Beautiful. Thanks for sharing your gratitude and for ALL you do, Cristina! J

Today I am grateful for the beauty of a fresh spring snow (that didn’t cover the roads.) Volunteer work that gives me purpose. Prospects of a new home and the changes that brings.

“Fresh spring snow!” THAT is a great way to look at it. Thanks for sharing your gratitude. Best of luck in your search for a new home and the joy (and gratitude!) it will bring. J

Today, I’m so very thankful for:

1) The day my mom and dad quit doing my laundry and taught me how take care of it on my own. Specifically, how to iron my dress shirts. I’m thankful that each morning I can spend 3 minutes at home to smooth out the wrinkles before I put my suit on.

3) I’m thankful that my wife can stay at home with our 9mos old son and in doing so, she doesn’t have to worry about him being in someone else’s care until she’s ready to go back to her career.

4) Breaking protocol- im thankful for your email this morning, John.

Ryan – awesome. Thanks for helping us to find gratitude in our days and for sharing the gratitude within yours. Stay ON FIRE, brother! J

I am grateful to my Father in Heaven who accepts me as is because of the love He has for us all.

I am grateful to my husband who works very hard each and everyday to provide for us without compliant because of his love for his family.

I am grateful for the opportunity to make a difference in someone’s life.

A Lesson on Living Forward “Love has no age, no limit and no death.” -John Galsworthy While speaking to a…