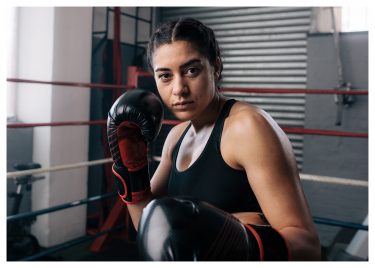 When Life Doesn’t Go as Planned

“You may encounter many defeats, but you must not be defeated. In fact, it may be necessary to encounter the defeats so you can know who you are, what you can rise from, and how you can still come out of it.” -Maya Angelou

In the history of boxing there have been only two meetings between undefeated heavyweight champions.

The first was an epic bout between Joe Frasier and Muhammad Ali on March 8, 1971. Frasier entered 26-0; Ali 31-0. Promoted as the Fight of the Century, it actually lived up to it. Madison Square Garden was packed with celebrities and boxing enthusiasts, the back and forth action between the two giants went the full 15 rounds, and Joe Frazier won a unanimous decision.

The only other meeting between two undefeated heavyweight champions occurred on June 27, 1988. Michael Spinks enjoyed an unblemished 31-0 record and had only been knocked down one time during a fight. Spinks was known for his intelligence, and his ability to dictate the fight with speed, agility, and strategy.

The fighter in the other corner was a 21-year old known for his raw strength, his devastating power and his vicious fighting style. Mike Tyson entered the bout with a perfect record of 34 wins, 30 of them coming via knockout.

Dubbed “Once And For All” the fight captured the attention of the entire world.

At the televised weigh-in days before the main event, reporters asked Spinks how he planned to take down the young, seemingly indestructible boxer named Tyson. Spinks offered a thoughtful response and closed by sharing, “I’ve got a plan.”

The reporter then asked Tyson how he felt about his opponent’s plan. Tyson looked at the reporter, at Spinks, then into the cameras and replied with an unforgettable quote:

“Everyone has a plan until they get punched in the mouth.”

When the opening bell sounded, Tyson progressed purposefully toward Spinks. Within 10 seconds he landed a punch to Spinks’ mouth; a minute later Spinks endured a flurry of hits and wobbled down onto one knee; just 91 seconds after the fight had begun, Tyson was in his corner, arms lifted, celebrating a victory.

His warning at the weigh-in had proved prophetic.

(Though Mike Tyson may not be the most admirable example of inspired living, his legendary quote has never been truer than in the life of Sue McCollum, whom I interviewed for the Live Inspired Podcast. Sue enjoyed the good life and had the perfect plan. Then, an unexpected “punch” transformed her life. If you’ve ever faced, currently face, or someday may face a challenge [hint, that’s ALL of us], check out this episode. No, it won’t keep you from getting knocked down by life, but Sue provides a remarkable blueprint on how to get back up. Listen here.)

Bouncing Back from Life’s Unexpected Punches

You don’t need to be a boxer to get punched in the face.

Professionally, the ever-shifting landscape of our clients’ needs, students’ issues, or patients’ emergencies will land an occasional punch.

Personally, the inherent challenges of raising your children, or being unable to have children of your own, will connect a few blows.

And the undeserved cruel treatment by friend, unexpected accident caused by a stranger, or unwanted diagnosis from the doctor will apply their knocks, too.

But my friend, remember this: although you are certain to experience many defeats as you journey forward in life, the feeling of being defeated is optional. [Tweet this.] | [Share on Facebook.]

The greatest champions know that it is necessary to encounter defeats to know who you are, the strengths which you possess, the depths from which you can rise, and the heights to which you can soar.

While the proverbial punch is coming, so is the opportunity to get off the mat, rise back up, fight on, and reveal the champion within.

In These Divisive Times, Let’s Find a Way to Connect “Love is wise; hatred is foolish. In this world, which…

Live Inspired Vlog 173: There is Genius Within Us

A Lesson on Creativity from My Daughter Grace Erik Wahl, the latest guest on my Live Inspired Podcast, wrote that…

Vlog 16 :: How to Find Gratitude within Your Greatest Challenges

So often we look for the easier path out, don't we? In work, in relationships, in life. But, it is…