Put a Face to It 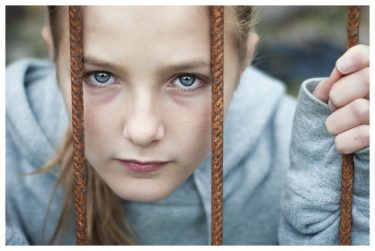 There are more than 500,000 homeless individuals in the United States.

And, shockingly, there are more than 40,000,000 individuals enslaved worldwide.

Sure, we’re familiar with these types of statistics. We’re aware of the figures.

It is very easy to ignore numbers when they are nameless, or faceless, or aren’t directly connected to us.

Either overwhelmed by the enormity of it all or unconvinced we have an opportunity to make a difference, we shrug, refocus on what’s in front of us, and go about our days. After all, what can we really do for them? How can we help those people? We live here and they are over there.

A recent speaking event put me face-to-face with this reality. Let me explain.

No Longer a Nameless Statistic

After speaking to several hundred employees from a local business in St. Louis, I asked the president if I could tour their facility. She agreed and asked one of her senior leaders to be my guide. The gentleman approached, shook my hand firmly with both of his, and introduced himself as Jean.

As we toured, I was impressed by the facility, but more so by my guide. Jean had a gentle spirit, an ever-present smile, and a beautiful accent.

As we continued our tour, I asked Jean where he was from originally. He shared that he was from a small town in Sudan. He then looked at me, exuding joy, and added that it was quite a journey to get here.

After some prodding, he shared his story.

At age nine while walking to school, he was offered a ride by a passing vehicle. He hopped in, grateful to escape the heat, save the energy, and get to school early.

Instead of taking him to school, though, Jean was forced into labor, abused by his captors, and assured that if he attempted to flee, his family would be killed.

Jean was moved several times around Sudan, then into a neighboring country, and eventually sent on a long journey by boat, after which he found himself enslaved in the shadows here in the United States.

Far from some enormous, impersonal, distant statistic, I now saw before me a man who had spent six years of his childhood enduring the unimaginable.

I was face-to-face with a man who was liberated at age 15, along with almost a dozen other boys, only after one brave person stepped forward and tipped off the authorities.

I saw before me a man who was taken into the home of loving foster parents, was educated and taught English, and who found himself almost 20 years later walking me around his office, talking about how good his life now is, and bragging about how beautiful his kids are.

Still stunned, realizing that slavery (the most barbaric manner of treating another human) remains alive anywhere in the world, not to mention in my own backyard, I asked how rare his story is. Certainly, there aren’t many others that this still happens to, right?

Jean responded, “John, my friend, it’s everywhere. Everywhere. But you must open your eyes to see it. And then we must have the courage to stop it.”

(After hearing this brave man’s story, I wanted to invite someone onto our Live Inspired podcast who modeled the courage to make a difference with this massive, but seldom discussed problem. Christine Caine is an activist and advocates against human trafficking worldwide. She’s also the recipient of the 2017 Mother Teresa Memorial Award for Social Justice. Not only does she personally have a remarkable story of rising above her circumstances, she now helps individuals around the world escape from their circumstances and reclaims freedom within their lives. Listen to this remarkable woman share her incredible story here.)

My friends, what do we do with the terrifying numbers we see around us in our community? How should we respond to statistics around homelessness, murder rates, human trafficking, and more? What do we do with figures around the epidemic of loneliness, gender inequalities or racial discrimination?

Realizing that we are only as blind as we want to be, let’s open wide our hearts and eyes.

Let’s put a face, a name, a life to the statistics.

Let’s have the courage to own one small area we feel called to make a difference and then take action.

No, you may not be able to change the entire world. But you most certainly have the ability to change the world one person at a time.

Want to learn how you can help victims of modern-day slavery? Check out Christine Caine’s A21 Campaign and 21 steps you can take to abolish slavery here.

Thank you for this story. I myself have been praying and working with survivors who have been abused and been abused by sex traffickers. I have been going around my communities and all local churches asking them to pray for this situation. Please pray as you travel . This is a $300 million a year industry in Georgia alone. It is a 25 billion industry in the world.

Look Fear in the Face

How Jack Buck’s Response to 9/11 Changed Me “You gain strength, courage and confidence by every experience in which you…